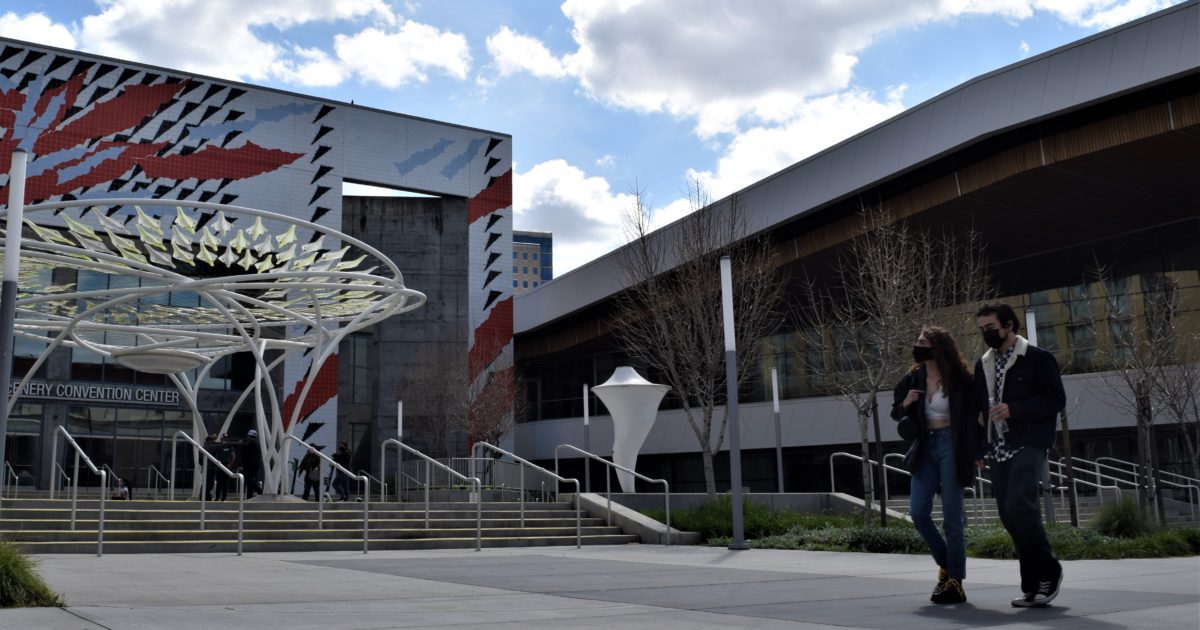 San Jose’s COVID-19 recall mandate for those attending large events at city-owned facilities is officially in effect. Some operators report no impact on visitor numbers so far.

The first is that having only one dose of two doses no longer meets the requirement. Customers must present proof of a third snapshot taken at least 14 days prior to the event. The second change is that a negative COVID test is now accepted in lieu of a recall. The test must be carried out one day before the event with an antigen test or two days before with a PCR test – home tests are not accepted. The third change is that children five and under are no longer exempt.

The new requirements apply to anyone two years of age or older and will impact facilities such as SAP Center, Solar 4 America Ice in San Jose, and city-owned museums such as the San Jose Museum of Art, the Children’s Discovery Museum in San Jose and The Tech Interactive. . Since those under 12 are not eligible for the recall, they will need to show proof of a negative test, city spokeswoman Demetria Machado said.

“San Jose was an early adopter of this type of ordinance and so what we are doing, why we updated it, was to align with state and county guidelines,” said Machado told San José Spotlight.

Mayor Sam Liccardo proposed the recall requirement for city-owned facilities in late December as Santa Clara County grappled with the spread of the omicron variant. At the time, the number of daily cases soared and the county’s seven-day rolling average of COVID infections quintupled in 20 days.

Infections have slowed since then, and Santa Clara County Public Health Officer Dr. Sara Cody said last week that the county was past the peak of the outbreak. On Friday, when San Jose’s recall mandate was implemented, the seven-day rolling average was 2,472 cases.

“Since the start of the pandemic, our focus has been on supporting businesses and keeping people as healthy as possible, so it’s a balancing act,” said Elisabeth Handler, spokeswoman for the office of economic development of the city.

The negative COVID test exemption, which was not part of the first vaccine mandate implemented in August 2021, is an example of this balancing act.

Frances Wong, spokesperson for the San Jose team, echoed that sentiment and said her organization is committed to working with the city to implement those protocols. Team San Jose represents the San Jose McEnery Convention Center and theaters in San Jose, including the San Jose Civic, Center for Performing Arts, California Theater and Montgomery Theater.

The San Jose team has been hit hard by the pandemic, reporting zero dollars in revenue in 2021. It was the first time the nonprofit, which runs the city’s arts and culture centers and tourism , has not achieved its economic and financial targets in 10 years, a November 2021 audit revealed. In 2018-19, the last full year before the pandemic, the San Jose team generated $138.8 million for the city. In 2019-20, the number dipped to 62.7 million before hitting zero last year.

“The San Jose team has led the way in providing the safest possible meeting experience for clients, customers and staff,” Wong told San Jose Spotlight. “We will continue to do whatever is necessary to host major events and ensure the necessary economic benefits they provide to our community.”

When the city’s new COVID-19 protocol went into effect Feb. 4, the San Jose Museum of Art immediately implemented heightened security measures at its First Friday event. A line formed outside as staff checked IDs, proof of full vaccinations and reminders.

S. Sayre Batton, executive director of the San Jose Museum of Art, isn’t concerned that this will lead to visitor throttling due to the county’s high level of vaccinations. She said it hasn’t affected visitor numbers so far.

“I don’t think that will be a problem,” she told San Jose Spotlight.