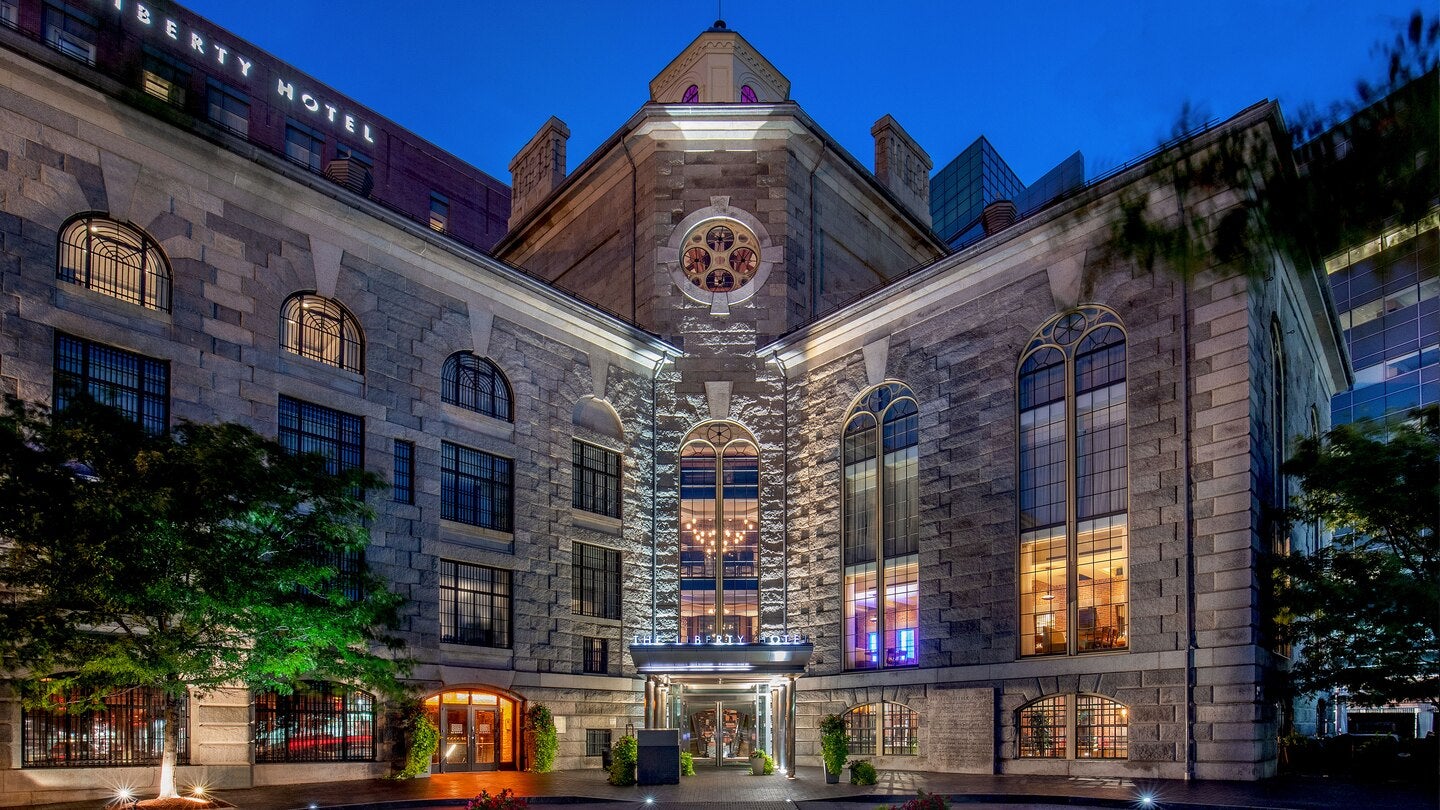 This month, some Boston hotels saw their highest demand since the start of the COVID-19 pandemic. The cause? Events like the Boston Marathon, Head of the Charles Regatta, and the Red Sox playoffs have attracted visitors in droves, whether they are coming from an hour’s drive away or from across the globe.

Adam Sperling, Managing Director of Fenway’s Hotel Commonwealth, said the last two weeks at the hotel have seen the most customers since before the pandemic. While Sperling said he had a great summer, in part thanks to the crowds at Fenway Park for Red Sox games and concerts, “the Red Sox marathon and playoffs definitely took it to another level. “.

The continued success of the Red Sox season also means victory for Fenway area hotels. “It’s amazing, the game is over and the phones are ringing,” Sperling said of the win on foot Monday night. “The correlation is instantaneous.”

More at Liberty Hotel near the mass general hospital, general manager Shahram Kahn also saw a significant increase in business this month. He expected to be at full capacity during the marathon weekend and has just as high hopes for the chef at Charles this weekend. “These are very important events for the hospitality industry and for the city,” Kahn said.

Kahn said the Liberty has also had a successful summer, with many New England residents still not ready for international travel to Boston for their leisure time. While Liberty’s large business-traveler clientele has yet to return, Kahn hopes more conferences will return to the convention center in the coming months, when it is secure.

Many hotels have also returned to pre-COVID staffing levels, which means safety not only for businesses but also for individual employees.

“It’s super important for the future, that the employees know that it becomes more sustainable and viable work,” said Sperling.

Sperling also cites the location of the Commonwealth Hotel near Boston University as a recent business driver with the return of students.

This weekend is also BU Parents’ Weekend, and “it’s always a good weekend to be in Boston,” Sperling said. “It’s that quintessential fall weather, and such a great time to be in town, so we’re anticipating pre-COVID demand levels for this weekend.”

Stephen Johnston, Managing Director of the Boston Harbor Hotel, notes that business has certainly not returned to normal yet. “Our capacity in October and September was the highest we’ve seen since the start of the pandemic,” said Johnston, “but still well below levels we would normally see at this time of year.” The waterfront hotel is still awaiting the return of more business and international travelers, while celebrating the great improvement in demand seen this summer and fall, Johnston said, noting that they had learned to “take nothing for granted”.

This current strong demand is only short-term for now, and hotel managers agree that forecasts for the rest of the year and into the next are a bit premature.

“It’s a bit early to tell because this year has seen its ups and downs,” Kahn said, “but we are seeing some good signs.”

Even busy weeks come with their challenges – Sperling said the Commonwealth Hotel faces supply shortages that change from week to week, so they roll with the hits.

“The next 30 to 45 days are shaping up to be good,” Sperling said, “but there is certainly a lot of uncertainty beyond that.”

Kahn noted that despite the uncertainty, Massachusetts’ handling of the pandemic looks good for the future of the travel industry.

“State and local governments have done a great job in controlling the virus, and more Massachusetts residents are getting vaccinated,” Kahn said, adding that he hopes the state will emerge from the pandemic more stronger than before.

“We know there may be some short-term challenges,” Sperling said, “but we’re pretty optimistic about what 2022 will bring.”

Stay up to date on all the latest news from Boston.com

John Longstreet: Restaurants are still waiting for their drinks to go