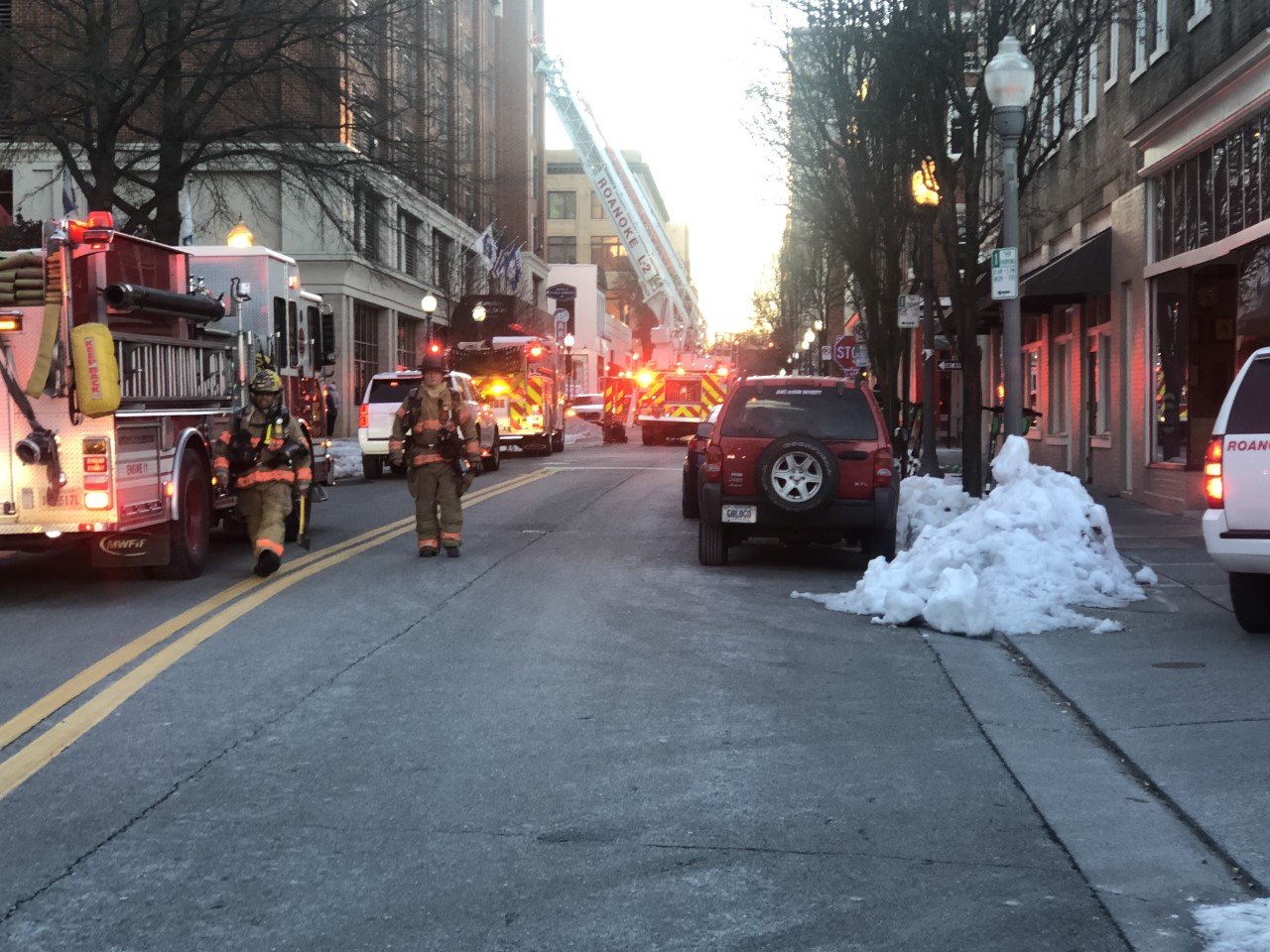 UPDATE 5:55 p.m.: Fire crews worked to contain a fire in downtown Roanoke Saturday afternoon at a hotel on Church Avenue.

While the cause of the fire is still unknown at this time, the entire hotel was evacuated due to rising smoke.

At this time, firefighters estimate the damage at around $50,000.

“It burned down one of the big dryers and it’s a big expense. Then it did some smoke damage,” said Roanoke Fire-EMS Chief David Hoback.

UPDATE 5:40 p.m.: WFXR News’ D’mon Reynolds is on stage. He was unable to speak to anyone with Roanoke Fire-EMS, but footage appears to show a ladder truck pointing to an upper floor of the Hampton Inn downtown.

ROANOKE, Va. (WFXR) – Roanoke Fire-EMS says they are currently at the scene of a fire downtown.

They ask everyone to avoid the area on Church Avenue between Williamson Road and Jefferson Street.

WFXR News has a team on the way to the stage.

We will provide additional information as we receive it.