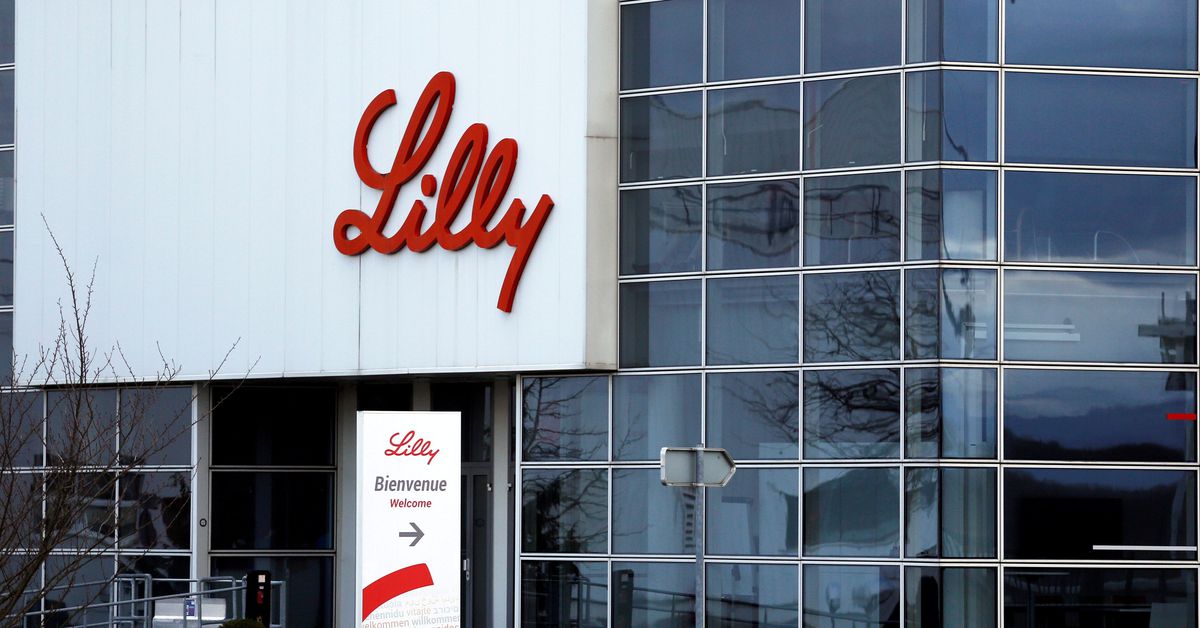 October 4 (Reuters) – A recently recalled batch of Glucagon Emergency Kits, Eli Lilly and Co’s (LLY.N) therapy for diabetic patients in crisis, was manufactured at a plant in Indiana cited by US health regulators this year for violating quality control, including several involving the product, according to the company and a Reuters review of federal inspection records.

Lilly’s recall notices said the company had received a report of a patient who had seizures even after being injected with the medicine, a sign that the treatment was not strong enough to work. The company said the failure of the product could be related to its manufacturing process, without elaborating.

In response to Reuters inquiries, Lilly told the news agency that the affected kits were produced at a company plant in Indianapolis and that the kit that triggered the recall had been distributed in Canada. As Reuters reported in May, the Indianapolis plant had been cited by U.S. health regulators for substandard sanitation and quality control procedures.

Separately, Lilly faces a federal criminal investigation into alleged manufacturing irregularities involving another of its US factories in New Jersey, details of which were first reported by Reuters earlier this year. The recall of the glucagon kits made in Indianapolis is the first indication of potential harm to patients due to recent manufacturing issues at the company’s factories.

“Lilly is deeply committed to making high quality medicines for the patients who need them – nothing is more important to us,” the company said in a statement. “We take our obligations seriously and have rigorous quality systems in place to ensure compliance with strict regulatory requirements. “

In total, around 66,000 Glucagon emergency kits have been affected by the recalls, Lilly spokeswoman Kathryn Beiser told Reuters. She said about 19,000 of them have been distributed to US customers and almost all of the rest in Canada. She said the kits were produced at the Indianapolis plant around May 2020. Beiser declined to say whether Lilly had received any other reports of adverse events related to the Glucagon kits.

The recalled Glucagon Emergency Kit was designed for diabetic patients whose blood sugar levels are plummeting and who need to raise blood sugar quickly to avoid complications that may include seizures or death. The kit consists of a vial, which is supposed to contain lyophilized glucagon powder, and a separate syringe filled with liquid.

Normally, a caregiver will insert the needle of the syringe filled with liquid into the vial of Glucagon to dilute the powder before giving it. Lilly’s recall announcement stated that the vial used by the affected patient contained liquid instead of powder.

The Company’s Indianapolis plant performs what is known in the industry as “fill and finish”: receiving raw drugs made at other facilities, putting them in vials and syringes, and shipping them to clients.

U.S. Food and Drug Administration inspection records from March 2021 viewed by Reuters cited numerous quality control violations at this plant, such as staff failing to properly monitor environmental conditions where finished drugs are manufactured and did not establish proper procedures to prevent contamination.

FDA inspectors said they observed failures in the manufacturing of the glucagon kits as well as Lilly’s COVID-19 antibody therapy bamlanivimab and several other drugs, according to inspection records dated March 16. They concluded that Lilly needs to take action to address the expires but did not recommend regulatory action by the FDA.

Lilly spokeswoman Beiser said U.S. distribution of the glucagon emergency kits from the later recalled batch ceased on March 25, just over a week after Lilly’s inspection report. the FDA. Beiser said the batch’s distribution followed its usual process through wholesaler channels and was unrelated to the FDA report, adding that “any suggestion” that it terminates for other reasons is false.

Meanwhile, emergency kits of the same batch continued to be distributed in Canada, Beiser said. Distribution of 44,000 kits in Canada began in February 2021 and continued until mid-September, she said. The patient’s complaint that triggered the recall in late September concerned a kit that had been shipped to Canada, Beiser told Reuters.

Beiser declined to comment specifically on why distribution of the batch glucagon emergency kits continued for another six months in Canada after distribution in the United States ceased. She did not answer questions about whether the affected patient had recovered.

The FDA declined to comment on the distribution of the kits, whether it had received further reports of adverse events, had re-inspected Lilly’s facilities in Indianapolis, or whether it was planning any further actions related to the recall.

“It’s important to note that this recall was a voluntary action taken by the company,” FDA spokesman Jeremy Kahn said, without further details. “We have closely evaluated this event and will continue to monitor the market and manufacturing efforts to ensure the availability of safe products for US consumers. “

The recall comes as Lilly faces a criminal investigation by the US Department of Justice into alleged manufacturing irregularities and falsified records at a separate factory in Branchburg, New Jersey, which produces bamlanivimab and other drugs .

Bamlanivimab, the COVID-19 antibody, made at the Branchburg plant was sent to the Indianapolis filling and finishing plant to be bottled and shipped.

A group of FDA inspectors arrived at the Indianapolis plant in mid-February and stayed there for more than two weeks, according to a redacted version of their report, which Reuters obtained via a Freedom of Information request. Act.

In their report, the inspectors listed glucagon as one of the drugs for which Lilly “has failed to establish an adequate system for monitoring environmental conditions,” and noted that Lilly has not established and followed appropriate written procedures. “To prevent microbiological contamination of allegedly sterile drug products.”

In addition, inspectors said Lilly did not properly perform quality control sampling of glass components such as vials and pharmaceutical ingredients for drugs such as glucagon, bamlanivimab and the cancer drug Cyramza. .

In Lilly’s April 6 response to the FDA obtained by Reuters as part of a request for open cases, the company said it was taking the inspectors’ findings “very seriously” and is implementing measures to resolve problems “under tight deadlines”.

Lilly said it has a comprehensive environmental monitoring program in place designed to assess the microbiological control of manufacturing spaces, according to the drafted response. The company did not respond to questions about the status of its efforts to rectify violations found by the FDA at the Indianapolis plant.

$ 700,000 Odenton Home has a modern kitchen and a spacious master suite