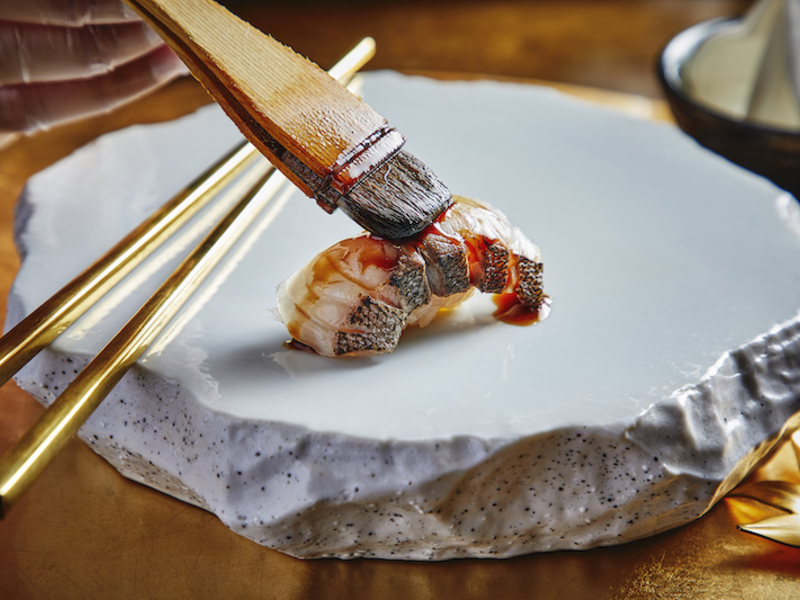 The first Sushi Suite opened in New York about two years ago, and there is a third location in the old Versace Mansion in Miami. Sinensky said he doesn’t plan to open more than one suite per city, but the company plans to open three of its Sushi By Bou restaurants in Chicago by fall.

Sushi By Bou is a more casual, faster, and bigger version of Sushi Suite. It serves omakase, but it makes 12 dishes in 30 minutes for $ 50. It can accommodate 12 at a time. Locations are expected to open at the Lincoln Hotel, Ace Hotel and Claridge House on the Gold Coast, a spokesperson said.

Sushi Suite shares its profits with the Lincoln Hotel. That means Sushi Suite doesn’t pay rent either, which has helped it weather pandemic closures – and COVID-caused dislikes for intimate dining rooms – better than other restaurants. Still, restaurants could ultimately help with the pandemic recovery of its partner hotels, Sinensky said. â€œWe are creating income for them in places that generally didn’t have it or were underperforming,â€ he said.

Indeed, the Chicago hotel industry is still suffering from the loss of revenue due to the pandemic. The occupancy rate of downtown hotels hit 50% in the week ending July 10 for the first time since before the pandemic, said Stacey Nadolny, chief executive of hospitality consulting firm HVS Chicago. . Typically at this time of year, the occupancy rate is 80 to 90 percent.

Everything is going in the right direction, but there is still a long way to go, she said. This is probably part of the reason why operators are asking for more lucrative sources of income to fill the unused space in their hotels. For several years, hoteliers have been creative in this regard, but the pandemic is the first time they have reassigned hotel rooms themselves.

â€œThis is what makes the most sense for these hotels,â€ she said. â€œNow that this accepted concept of daytime use in bedrooms is also present, it opens upâ€ many more options.

It’s not yet the norm, but smaller, independent hotels are converting their suites more frequently, she said. Some use them as conference rooms, for example. Others are struggling to find more lucrative uses for the space beyond the bedrooms.

The Chicago Athletic Association, for example, has replaced its downstairs gift shops with indoor golf simulators in its new Topgolf Swing Suites. Having a group spend $ 1,000 over three hours to eat, drink and play golf is likely to exceed the nightly rate of a hotel suite, Nadolny said.

Such partnerships are usually a win-win situation for the hotel and the business that opens up to it, said Olivier Gompel, executive vice president of the hotel board of commercial real estate company CBRE.

â€œIt’s a competitive environment and the guests are very demanding,â€ he said. â€œThey have a lot of options, so anything you can do to create more desirable amenities is great in terms of positioning your property. And you get the income to go with it.