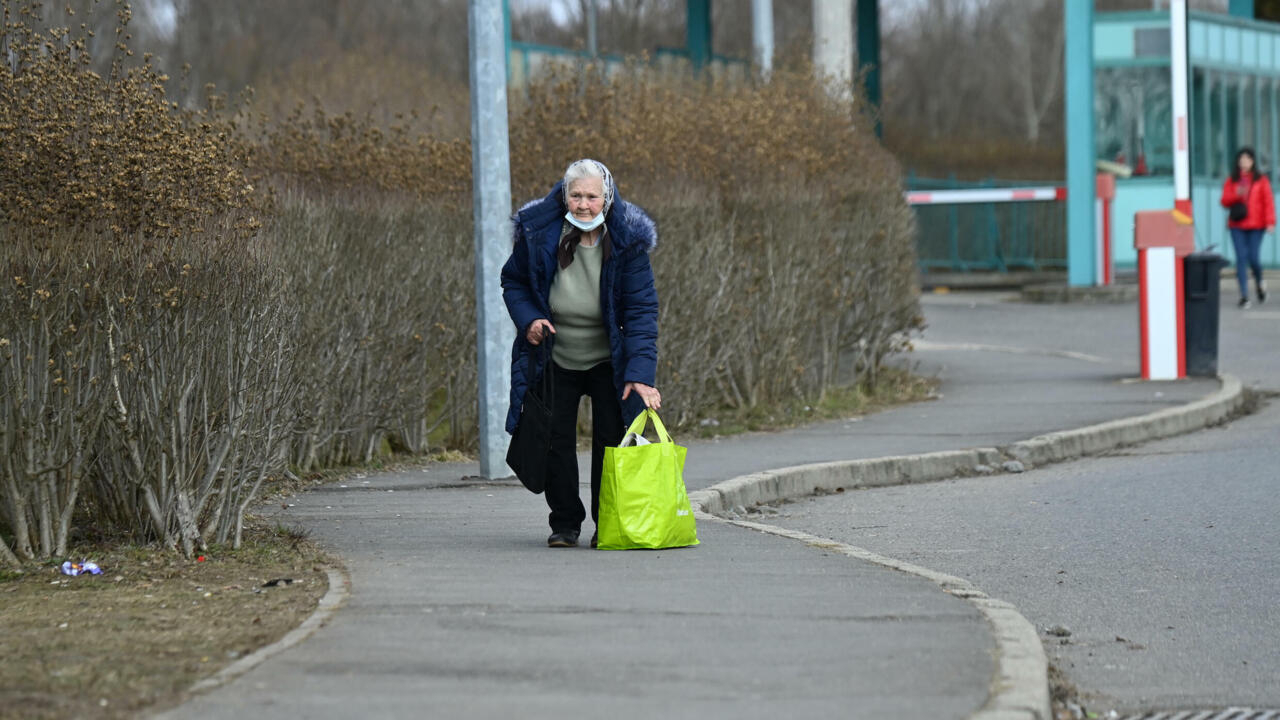 Tiszabecs (Hungary) (AFP) – With bowls of goulash, offers of free accommodation and rides in Budapest, or just a hug and a kind word, Hungarians rushed to the Ukrainian border to help refugees fleeing the Russian invasion.

For Janos Molnar, one of dozens of Hungarians waiting at the Tiszabecs border post on Sunday with food and aid supplies, the support is a “moral duty”.

“I have three empty rooms at my house in my neighboring town, these people have been through hell,” the 50-year-old told AFP, holding a sign written in Ukrainian.

According to police data, more than 70,000 refugees have flowed into Hungary from Ukraine since Thursday.

Dragging their suitcases to crowds of stalls with water and food parcels, a weary group from conflict-torn Donetsk and Kharkiv in eastern Ukraine gratefully accepted the offer of Molnar.

“It’s a question of humanity”

The invasion sparked a swift response from ordinary Hungarians with citizens, religious charities and mayors of border towns springing into action.

“When we saw what was happening, we put out a call for donations on Facebook,” said Zoltan Havasi, a bike courier who runs the Budapest Bike Maffia charity in the Hungarian capital.

Within hours, thousands of people delivered canned goods, mattresses, sanitary and baby products to a warehouse, the 46-year-old said.

“People wanted to actively help, not just send money,” he said before leaving for the border from Budapest in a convoy of a dozen vans.

“There’s more than enough now, but a lot of it isn’t perishable,” convoy co-organizer Akos Toth told AFP as he unloaded the items in the border town of Zahony. who is part of a human chain of local volunteers.

“It will be helpful if or when the situation in Ukraine gets worse,” said Toth, founder of a children’s aid agency called Age of Hope.

Van driver Attila Aszodi told AFP he would transport refugees to Budapest on the return trip and would “come back tomorrow if necessary”.

“I saw on the internet that they were looking for drivers with their own vehicles so I went straight for it,” says the 44-year-old businessman.

“It’s about humanity, any of us can suddenly become a refugee, as we’ve seen this week in Ukraine,” he said.

According to Zahony Mayor Laszlo Helmeczi, around 5,000 people have arrived by train since Thursday, mostly women and children.

Helmeczi, 50, has transformed the city’s cultural center into a makeshift hostel for refugees, placing 300 mattresses in rooms normally used for concerts and exhibitions.

The efforts echo a similar humanitarian response in 2015 when refugees and migrants from the Middle East and Africa streamed through Hungary at the height of Europe’s migration crisis.

Some have been stranded for weeks at a Budapest train station, depending on help from civilian relief groups.

Unlike then, staunchly anti-migration Prime Minister Viktor Orban, who built a barbed wire fence in 2015 and border detention camps to keep migrants out, has now opened the door to the EU for Ukrainians .

“Everyone who flees Ukraine will find a friend in the Hungarian state,” Orban said in an interview on Sunday.