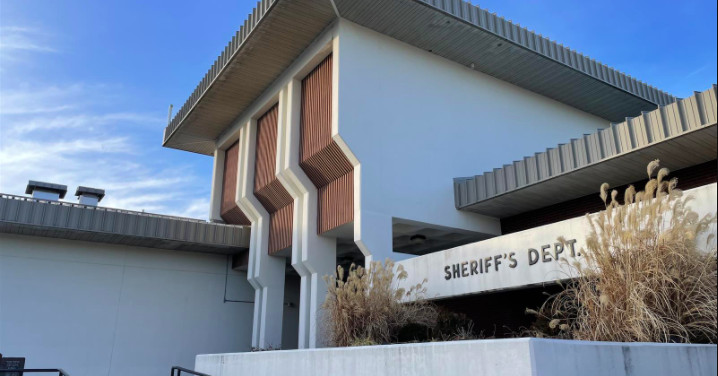 Illinois DOC to suspend inmate admission due to COVID-19 surge

The Illinois Department of Corrections announced on Tuesday that it will suspend admission of inmates from county jails amid the COVID-19 outbreak.

“Unfortunately, IDOC has provided no communication or cooperation with the Illinois Sheriffs Association or any sheriff regarding this suspension of admission, although we have repeatedly offered our willingness to discuss the issues with the Department,” Jim Kaitschuk, executive director of the Illinois Sheriffs’ Association, said in a written statement. “As people know, crime continues to happen and law enforcement continues to make arrests as we work to tackle crime in our communities,”

In March 2020, the Sheriffs Association filed suit against IDOC. An appeals court found in August 2020 that the governor had the power to “control…the movement of people” in a disaster area, as designated by the Governor’s Disaster Proclamation. He also noted that sheriffs did not object to Pritzker’s authority to extend a disaster proclamation multiple times.

Gov. JB Pritzker issued a new executive order resuming the transfer of inmates to DOC in August 2020, but said, “the timing of the arrival of people from county jails and the admissions process to ensure health and safety Transferees, as well as all individuals and staff of IDOC, will be at the sole discretion of the Director of IDOC. »

IDOC resumed admissions to county jails on August 3, 2020, with aggressive guidelines in place to protect the health and safety of staff, the incarcerated population and the surrounding community, the spokesperson said. IDOC, Lindsey Hess. Since that date, IDOC has processed 14,890 new admissions and 2,263 rotations for a total of 17,153 admissions.

“The Department’s reception centers are at capacity with no space for new admissions,” Hess said. “The classification process continues. When people in our reception centers are no longer in quarantine or isolation, they will be immediately transferred to their establishment, which will open a reception area.

“We are fighting an invisible enemy here,” Watson said. “We have a lot of PPE, cleaning supplies and testing right now, but how long will that last?”

Watson and other sheriffs said they are offering the vaccines and booster shots to county jail inmates.

IDOC reported that from June 29, 2021 to present, only 44% of people transported to the North Reception Center from Cook County Jail have been vaccinated. Since August 3, 2020, county jails have transported approximately 225 people who tested positive for COVID-19 upon arrival at IDOC.

Madison County Deputy Chief Jeff Connor said he met with all county police chiefs and briefed them on the situation. Madison County Jail currently houses 290 inmates. The capacity of the prison is 306 people. The prison currently holds 28 people who were to be transferred to the DOC.

“It really puts us behind the eight ball. This puts a strain on our staff and local police departments,” Connor said.

Until they are transferred to the DOC, counties will have to pay the tab for food, utilities and medical expenses.

“Housing inmates ordered to be transferred to IDOC creates a significant financial burden,” said Lake County Deputy Chief Chris Covelli, which has 20 inmates awaiting transfer to DOC. “Not only are our daily costs increasing, but it creates additional overtime for staff and creates significant liability if an inmate becomes ill or suffers a serious medical event,”

IDOC has been working with county jails for four months to distribute $25 million in appropriate CARES Act funds to county jails in reimbursement for expenses incurred due to the COVID pandemic, according to Hess.

Both Connor and Watson pointed out that the IDOC has the luxury of imposing restraints on inmates entering their facilities, but county jails must accept prisoners who are held until their criminal cases are decided. , creating a bottleneck in settlements across the county.

Watson said he was in communication with the law. St. Clair County Circuit Judge John O’Gara said there are 37 factors in the law that a judge can consider when setting bail, but overcrowding in the county jail was not one of them.

“But obviously it’s worrying for us. I look at the totals every day,” O’Gara said.

Kaitschuk pointed to IDOC’s capacity six years ago, when the number was 40,000 inmates to current levels of around 19,000. There are spaces, he said, but the DOC needs to be prepared to adapt to rising levels of COVID-19, just as counties are doing.

“This move by the DOC will only exacerbate the challenges at the local level. I don’t believe they recognize or care about the difficulties they create for prisons because if they did, they would work with us to solve the problems,” Kaitschuk said.

Capitol News Illinois is a nonprofit, nonpartisan news service covering state government and distributed to more than 400 newspapers statewide. It is funded primarily by the Illinois Press Foundation and the Robert R. McCormick Foundation.