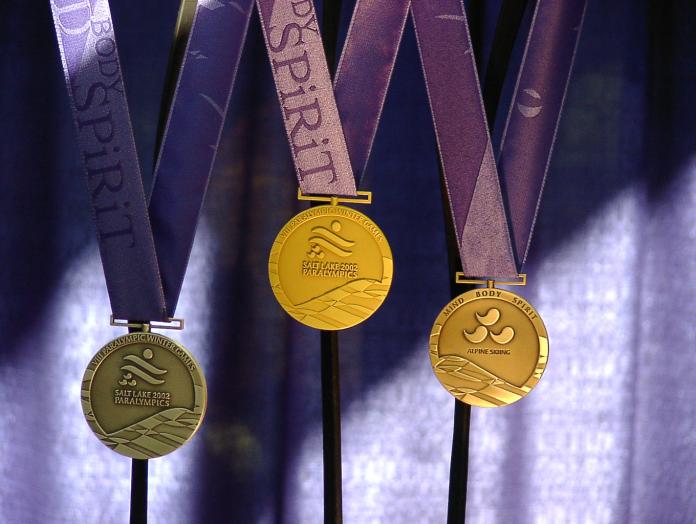 The Paralympic Winter Games made their American debut with the eighth edition of the Games held in 2002 in Salt Lake, Utah.

These were the second consecutive Games held outside Europe – the traditional stronghold of snow sports. After Japan capitalized on hosting the event in Nagano and finished fourth in 1998, the 2002 edition was an opportunity for the United States to make the most of home-court advantage.

The United States won the right to host the Paralympic Games in 1995 and – combining both the Olympic Winter Games and the Paralympic Winter Games – the Organizing Committee used the same facilities, including the athletes’ village and so it was an opportunity for both groups of athletes to use the world-class facilities to showcase their best performances. The Games were held from March 7 to 16, 2002.

Although the Games increased in terms of spectators and media coverage, the total number of participants increased from 571 in Nagano to 415 para-athletes – 328 men and 87 women – from 36 countries.

A total of five sites were located in four cities and towns around Salt Lake in Weber and Wasatch County and West Valley City in Utah. Some of these venues were a bit far from the main city, but the organizers managed to hold the Games without too much hassle.

Although the total number of participants was lower than the previous edition, the number of countries participating in Salt Lake 2002 was higher than in Nagano. A total of 36 countries, including newcomers China, Croatia, Chile, Andorra, Greece and Hungary, lined up for the opening ceremony, which was based on the theme “Awaken the Spirit – Free the Body – Inspire the Mind” and in the presence of approximately 40,000 spectators who packed into Rice Eccles Stadium.

Eric Weihenmeyer, the first blind person to successfully climb Mount Everest, carried the Paralympic torch to the podium. Guided by his dog, he passed it on to Muffy Davis and Chris Waddell – America’s top sit-skiers – who then lit the Paralympic cauldron together.

Competitions were held in four sports (compared to five in Nagano) – para-alpine, para-biathlon, para-cross-country skiing and para-ice hockey. Para Speed ​​Sledge Racing has been removed from the program. In all competitions, 92 events took place.

Among the top individual athletes, Ragnhild Myklebust of Norway won five gold medals in skiing and biathlon, becoming the most successful winter Paralympic athlete of all time with 22 medals, 17 of them gold.

The American hosts dominated the alpine ski competitions winning nine gold, 12 silver and 11 bronze medals. But their greatest success came in the Para ice hockey competition when they beat Norway in a thrilling final. Tied 3-3 after regulation, the United States left the ice victorious after winning the penalty shootout. It was the United States’ first gold medal in Para ice hockey.

Overall, it was a good harvest for the hosts as they took advantage of the local conditions to finish second overall.

‘Watch a different sport!’ – Devlin baffled by what he ‘saw online’ about Celtic striker