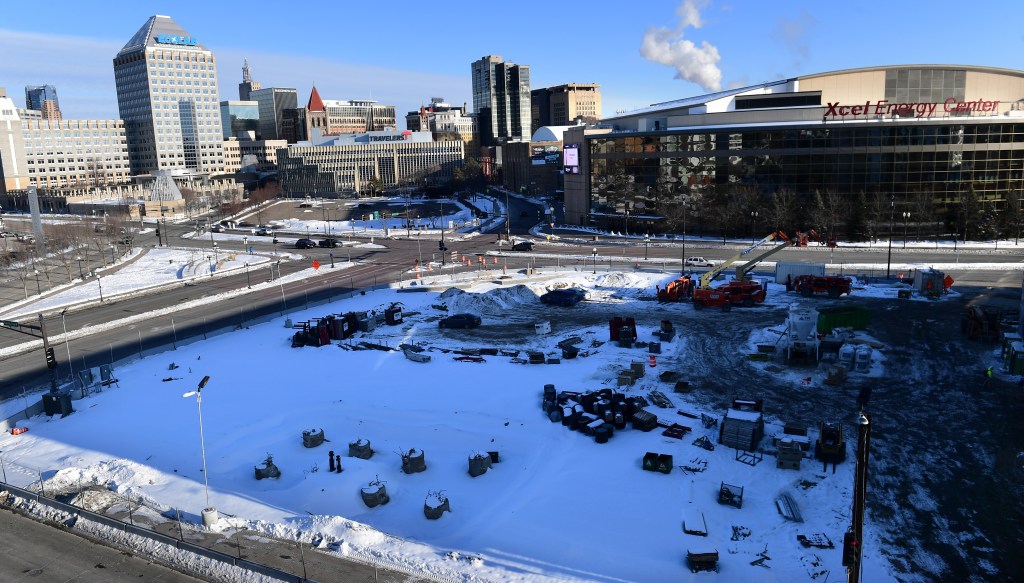 Construction is expected to resume in the spring on a new hotel in downtown St. Paul that was flattened by arson, according to the developer behind the project across from the Xcel Energy Center.

The $30 million, 120-room Courtyard by Marriott could open a year later.

Work on the five-story hotel halted in August 2020 — about six or seven months ahead of scheduled completion — when a suspicious fire destroyed much of the construction site. The U.S. Bureau of Alcohol, Tobacco, Firearms and Explosives later ruled that the fire was intentionally started. No one has been charged with the crime. The original opening date was scheduled for March 2021.

The hotel is part of the future Seven Corners Gateway development, bordered by Kellogg Boulevard, Smith Avenue, West Seventh and Fifth Street, which includes 144 market-priced apartments that opened as planned last summer. Both the apartment complex and the hotel are being developed by Kaeding Development Group, which is based in Bloomington and plans to retain ownership.

Interviewed six months after the fire, Carl Kaeding said insurance payments had been delayed as businesses were inundated with claims following the May 2020 killing of George Floyd in Minneapolis, which sparked days of riots and arson. The fire completely leveled the construction site and was hot enough to melt plastic on nearby traffic lights and damage the Xcel Energy Center sign atop the sports stadium across the street. The sign has since been repaired.

“Our commitment to downtown St. Paul has never wavered, despite some unfortunate setbacks and delays with this project,” Brody Nordland, a Kaeding partner, said in a written statement released Thursday. “We are excited to now resume construction so guests can begin enjoying a new Courtyard by Marriott in early 2023.”

St. Paul’s City Council, meeting as the St. Paul Housing and Redevelopment Authority, sold the city-owned 2.4-acre plot to Kaeding in April 2019 for $5 million. The projects are privately funded, and a 40,000 square foot venue is also provided for public and private gatherings, including game day events at the Xcel Energy Center.

Kaeding, which was founded in 1974, focuses on the hospitality industry and has developed the Residence Inn by Marriott on Grand Avenue in downtown St. Paul, the Radisson Hotel Duluth-Harborview, and the Crowne Plaza Aire MSP Airport-Mall of America, which is being partially converted into apartments.