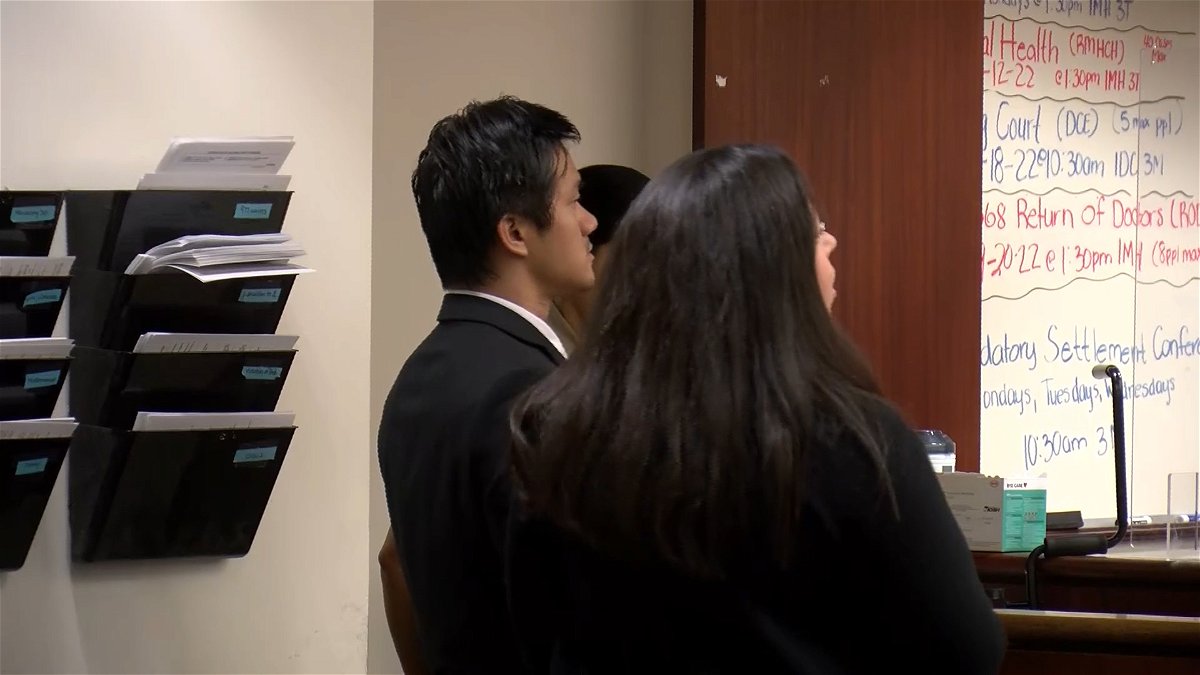 Man accused of killing his wife, another man outside Palm Desert hotel pleads not guilty

A man accused of stabbing his wife and another man in what authorities called a domestic violence confrontation in the parking lot of a Palm Desert hotel pleaded not guilty today to two counts of murder.

The charges against Kenny Shun Yu Wu, 34, of Palm Desert, include a special circumstance allegation of multiple murders, as well as sentencing enhancements for use of a firearm and intentional murder.

Wu was arrested on July 17 and taken to the John J. Benoit Detention Center after being treated at a hospital for what authorities initially described as serious injuries.

He was being held without bail.

Palm Desert Sheriff’s Station Deputies responded to a report of an assault with a deadly weapon in the parking lot of the SpringHill Suites hotel in the 72300 block of the 111 Freeway on the morning of July 15, Department Sgt. of the Riverside County Sheriff. said Ben Ramirez.

In the parking lot, deputies found a man and a woman, who were pronounced dead at the scene minutes after deputies arrived, Ramirez said. Wu was found alive with blunt force trauma to his body and taken to hospital.

The deceased woman has been identified as Yaying Wu, 31, also of Palm Desert, the suspect’s wife. Police said the male victim was Jesus Sanchez, 30, of Cathedral City.

Sheriff officials declined to provide further details, including the nature of the relationship between the deceased man and woman.

The investigation is ongoing and anyone with information about the case has been asked to call the Palm Desert Sheriff’s Station Investigation Office at 760-836-1600 or Central Unit Investigator Munoz homicides at 951-955-2777.

Stay with News Channel 3 for continued updates on this case.

Be the first to know when news breaks in Coachella Valley. Download the News Channel 3 app here.

Farewell, Olivia Newton-John: Why We Truly Loved Her