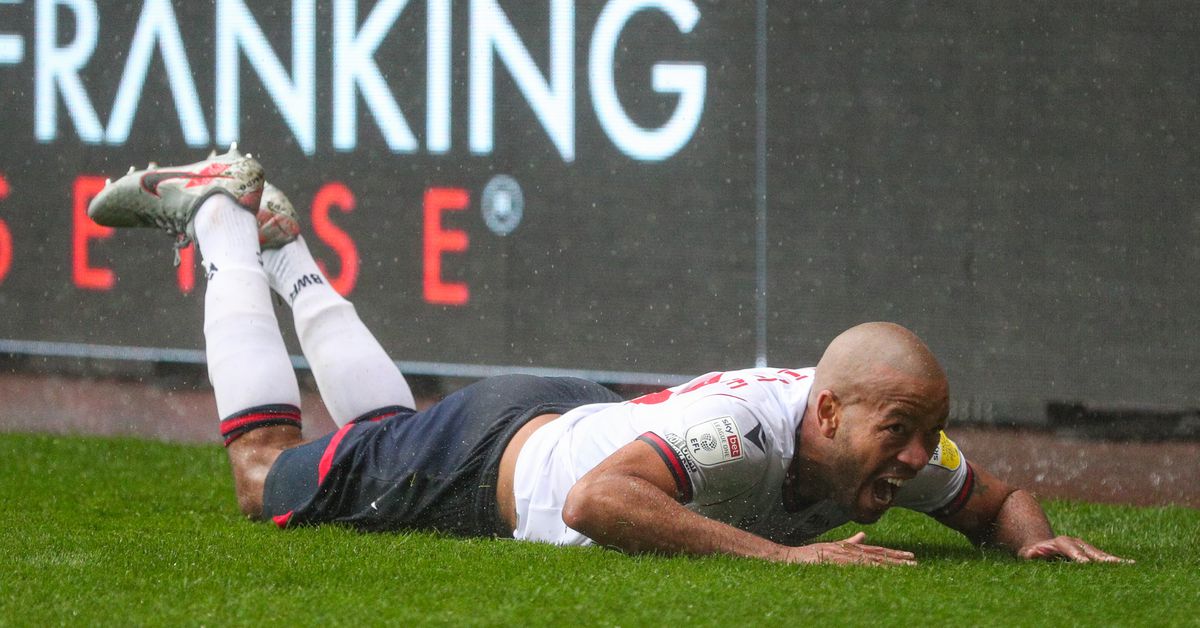 The 2021/22 End of Season Awards Night provided an opportunity for some realism and reflection on how far our beloved Bolton Wanderers have come since the dark days. It had been five years since a night out like last night had been held at the club, with the event previously postponed by coronavirus and the K*n Anderson era (an outbreak of Bolton Wanderers in its own sense).

The feel-good factor is back thanks to Football Ventures, Ian Evatt, his backroom team, the playing staff and us the fans all pulling in the same direction. The motto of this season, and of the evening, was “forward and upward”. While many were content to highlight the enormous good the club have done over the past two seasons, Evatt addressed the elephant in the room. A winner born with unabashedly high standards, he spoke briefly of his disappointment at not being able to make back-to-back promotions in the Football League. One thing is certain: everyone at Bolton Wanderers Football Club is ready to push for promotion next season.

There was a moment above all others that highlighted the unity of this football club, when the crowd was invited to applaud the bravery displayed by vice-captain Gethin Jones in what must have been an unspeakably difficult time in his life. Geth and his family are part of our big family. Once you are there, you are there. We were all deeply saddened by Karen’s death after a short battle with Motor Neurone Disease. The All Star Game and Black Tie Dinner held earlier this season raised over £100,000. Though powerless to help in many other ways, the Bolton family came together and did what they could, led by their tireless matriarch Sharon Brittan.

Geth managed to navigate the fan tables with expert movement. Dressed to the nines, Geth and Josh Sheehan’s chances of playing the next James Bond were dashed by the end of the night. Team favorites Rico Santos and Dapo Afolayan had to plan their bathroom breaks 45 minutes in advance, ambushed by fans looking for selfies, autographs or a quick note of appreciation.

One player who was more than happy to mingle was Alex Baptiste, though the conversation was inevitably the same everywhere he went: is he retiring? Whether he returns as a player or not next season, a place will surely be freed up in Ian Evatt’s coaching staff for the team’s oldest statesman.

And while George Johnston, Dion Charles, Amadou Bakayoko, Dapo Afolayan and Rico Santos deservedly picked up awards on the night, perhaps it’s time to give Baps some long-awaited attention.

They say ‘never go back’ in football. Admit it, when we brought Alex Baptiste home, you weren’t excited. His first stint as a Vagabond ended in disappointment. Often deployed as a makeshift left-back in a side that underestimated the Championship following relegation from the Premier League, Baptiste’s name was just another on a long list of players with forgettable tenures as a wanderer. . After just one season, he was loaned out to local rivals Blackburn Rovers. He would not be seen again in a white shirt, his three-year tenure being cut short by a permanent move to Middlesbrough.

Fast forward five years, and Baps has joined a club on the other end of a dark journey. He formed a fearsome partnership with Rico Santos in Ligue 2 last season and brought much-needed experience to a young Bolton side. This season, he opened his account with a last-gasp equalizer against MK Dons on matchday one. A true scorer from the center half, he missed an open goal to score and score. As the season progressed, he saw his time on the pitch limited, starting only six games. His appearance as a substitute on the final day of the season seemed like a sentimental nod from teammate-turned-manager Ian Evatt. Although (and don’t stop there), I’m pretty sure he told a fan “one more year” when asked for the hundredth time if he was ending his career as player.

If this is the end of Baps, let me say this: Thanks for coming back for a second stint as Wanderer. As the club emerged from the clutches of extinction, you had the opportunity to forge a new reputation for yourself as the leader of this young team. Your value to Ian Evatt is undoubtedly felt as much off the pitch as it is on it. I hope there’s a job for you on the other side.

Next year is the time to keep the core of the team together, to improve in key areas of need and to make a real promotional effort. Who knows, next year’s end-of-season dinner might have a celebratory atmosphere instead of a nagging feeling of “what could have been”?

Bank of Baroda cuts interest rate on car loans to 7%