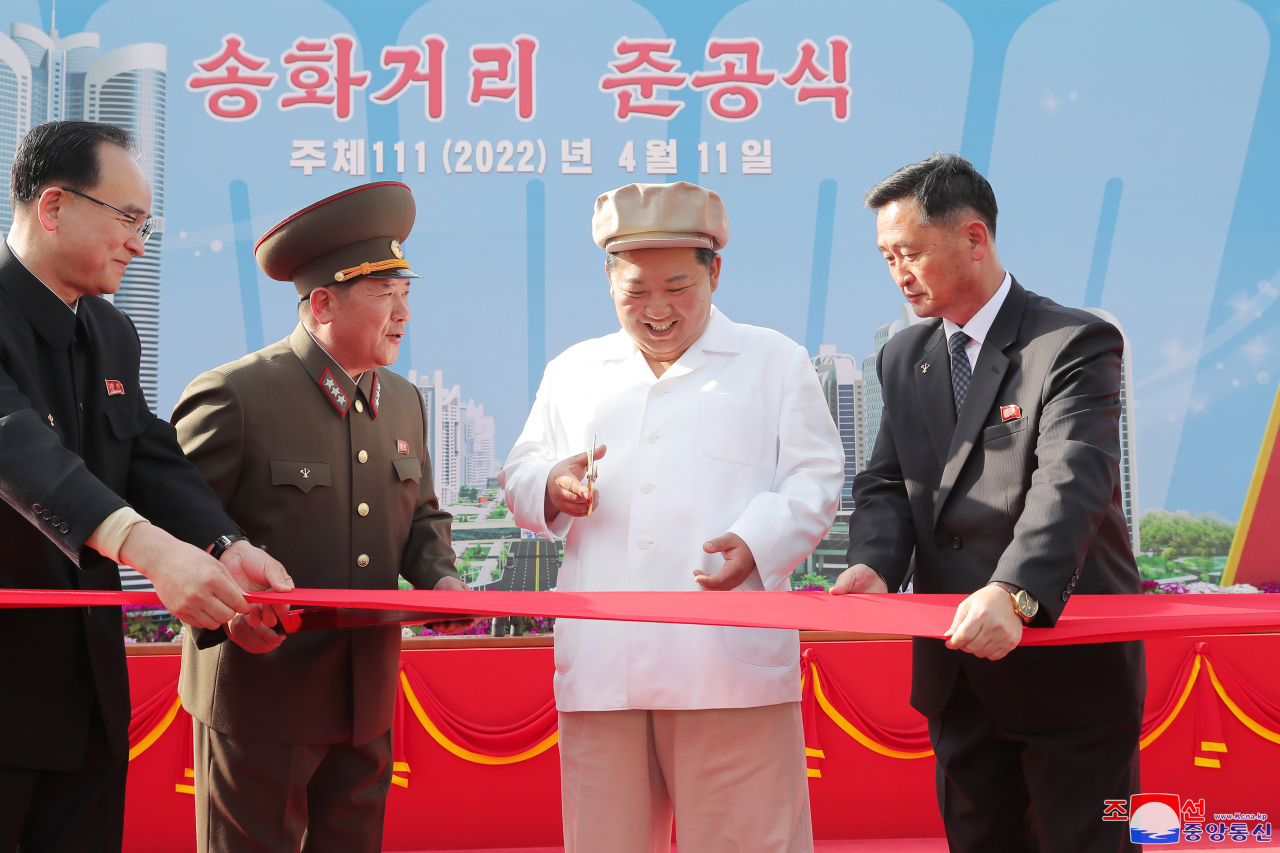 North Korean leader Kim Jong-un attended a ceremony to celebrate the completion of a major building project in the country’s capital, state media reported on Tuesday.

The event was to mark the completion of 10,000 apartments and an 80-story skyscraper in Pyongyang’s Songsin and Songhwa districts, as well as a main street with “public dining facilities”, according to the report. Korean Central News Agency (KCNA).

Kim did not deliver a speech in person while warmly waving to the cheering crowd and “wishing them well” in the new homes.

Workers and soldiers involved in the project “achieved an eye-opening miracle in constructing the distinctive grand architectural cluster of 10,000 apartments” by campaigning fiercely despite the challenges, the KCNA said.

At the eighth congress of the ruling Workers’ Party last year, North Korea announced its goal of building 50,000 apartments in Pyongyang by 2025, or 10,000 units each year.

Last month, Kim called for construction of the Songsin and Songhwa areas to be completed before the 110th birthday of the late North’s founder and his grandfather Kim Il-sung on April 15. (Yonhap)

Jail for impersonator who earned $400,000 from fraudulent merchandise, loans and rented apartments to evade police