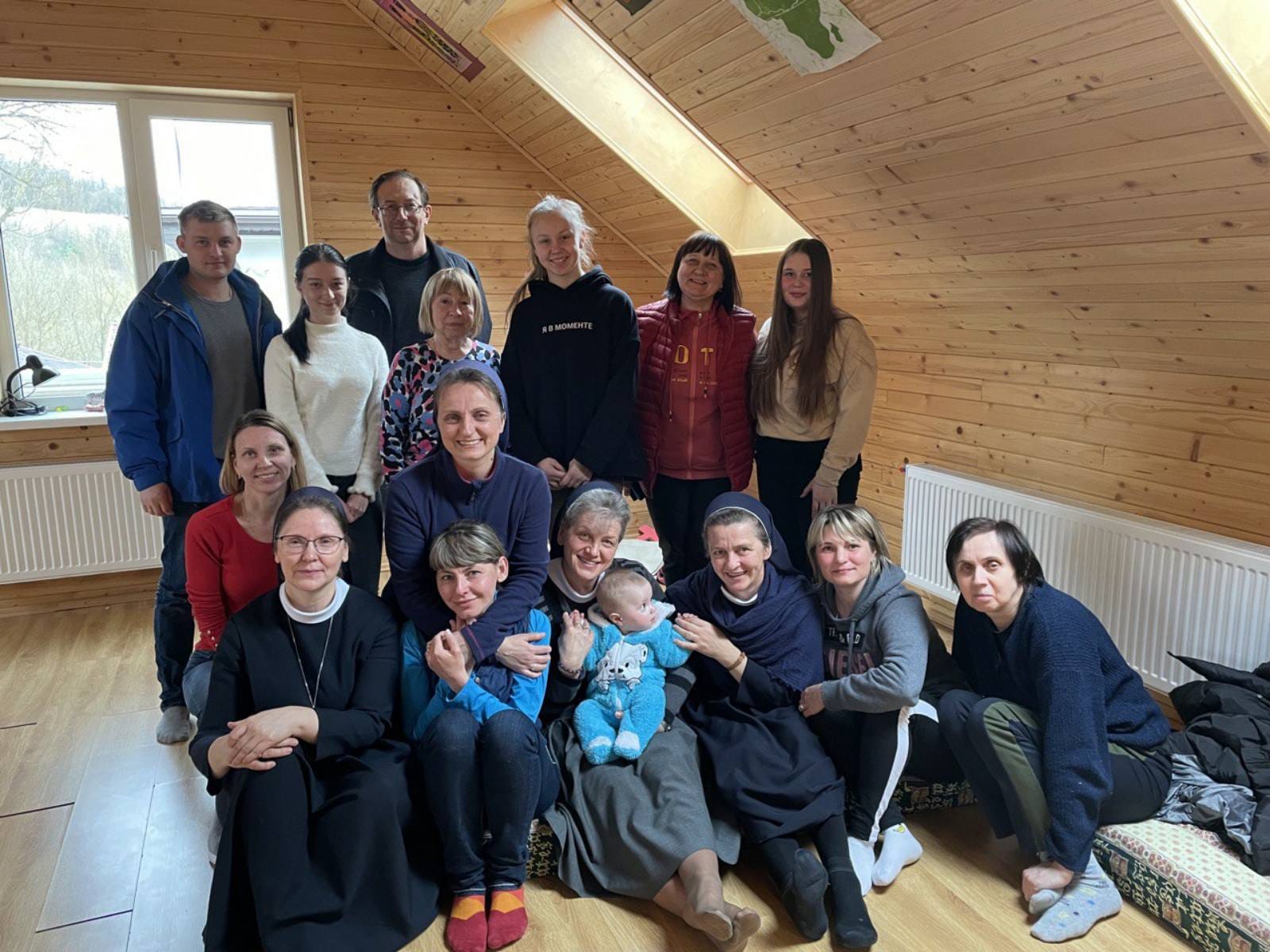 ROME — Friday marks the 100th day since Russian President Vladimir Putin ordered an invasion of Ukraine. Nearly seven million people have had to flee the country since then, mostly women and children.

Neighboring Poland took in at least four million of these displaced people, and for at least 21,000 of them the journey would have been insurmountable without a network of 1,000 houses and monasteries run by nuns.

“People are still arriving: On Saturday, when I was going to Warsaw by train, I saw many Ukrainians arriving from Budapest, Hungary, especially women and children,” said Sister Dolores Zok of the Mission Congregation. Servants of the Holy Spirit. “In other European countries they can only stay for three months, whereas in Poland they can stay for 18 months now. Some of them are also trying to reach Canada, Germany or the United States.

Zok is the president of the Conference of Major Superiors of Religious Orders in Poland, and she said Node over the phone that if clerics were able to keep 550 of their homes fully available for some 21,000 displaced Ukrainians – who depend on them for meals, shelter and other basic needs – future funding to pay gas bills , for example, is something that keeps her awake at night.

The following are excerpts from Zok’s conversation with Node.

Node: Two weeks after the start of the war, nuns in Poland opened the doors of their monasteries, convents and homes to Ukrainians fleeing the war. Can you tell us about this situation?

Zok: When the war started, we were very surprised and shocked by the whole situation. As many Ukrainians started arriving in Poland, we decided to open our doors. Some 850 religious homes have welcomed refugees in Poland, and another 95 in Ukraine, where Polish sisters work.

Especially at the border, in Przemyśl, Rzeszów, Lublin, people were arriving all the time, just to rest and continue their journey. They also knocked on the doors of many convents across Poland. I can share the experience of the Mission Congregation of the Servants of the Holy Spirit community, which is a very international congregation. We received about 50 Ukrainian refugees, and they still live with us. We have renovated one of the houses on our property because it is a big place, and we also share rooms in the convent where we live. We provide food for our guests.

Some Ukrainian women go to work, some don’t, and the children go to school, so we teach them the Polish language so that they can manage in school.

People are still arriving: On Saturday, while I was traveling to Warsaw by train, I saw many Ukrainians arriving from Budapest, Hungary, especially women and children. In other European countries they can only stay for three months, while in Poland they can now stay for 18 months. Some of them are also trying to reach Canada, Germany or the United States.

Do you know how many of those who fled the war in Ukraine passed through this network of religious homes in Poland?

The statistic I have is that nuns are now helping some 21,000 people who are still in their homes, with 550 convents that are fully open for displaced people, as well as many other religious places.

Some of those who came stayed with us for a few days, some 10 [days]other five, then moved to another place, if they found a job, and still others went abroad.

Is it true that a convent accommodates more than 1,000 Ukrainians?

Yes, but these convents are on the border. And people don’t stay long, just a few days: sleep, eat, buy necessities, then move to different cities.

How do you feed these people and how are you going to, for example, pay the electricity and gas bills?

I live in Racibórz and many Poles, especially at the start of the war, who could not welcome the newcomers to their homes, came to bring us material aid: food, clothing, medicine. Now they rarely come, so we cover the expenses. But we also receive help from Caritas Poland, the Hilton Foundation through the Union of Superiors General in Rome, and many other foundations in the United States and other countries. And as I said, we are an international congregation, so we also get help from our sisters.

Religious communities can also apply for state assistance, as can other people who host refugees in their homes. In the case of my Congregation, convents all over the world ask us what they can do to help us.

Were you surprised by the generosity of the Polish people at the start of the conflict?

I was really surprised; it was very touching for me to see that. I come from an area that was part of Germany before World War II. The people there are of German origin, and during this war the Russians made us suffer a lot, so many of the old people remember their own stories of suffering. It was very moving to see how many Poles came to the border to welcome the arriving Ukrainians.

Many families have accepted Ukrainians into their homes, and many have very good experiences, but for some it is difficult to keep them for months.

However, I hope that the situation will stabilize soon and that people will return home, receiving the appropriate assistance from the government.

I also want to point out that many people are returning to Ukraine, so the number is, on the one hand, decreasing, but we also have those arriving from other European countries, where they cannot stay.

Would you say that most Ukrainians you have met want to go home?

My experience is that yes, they do; they want to return by any means. I have great respect for these people, whom we don’t describe as refugees, but as our brothers and sisters, people who are very similar to us and who have a great love for their country. In the meantime, they try to look for a job, to ensure a future for their children, while their hearts are in Ukraine; they are constantly on the lookout for news about what is going on there.

Since the start of the war, is there anything in particular that keeps you awake at night or that particularly concerns you?

We still have financial support, but we are worried about what will happen in the future, as the electricity bills are getting higher and higher. But I’m more worried about the families: Many are separated, with men left behind, in the war. And I am very worried about the psychological suffering of these people, many are overwhelmed by sadness, and forgiveness may be difficult for them. Before the war, many Ukrainians and Russians were friends, but I’m afraid the process of forgiveness will take time, perhaps generations.

I admire all the efforts that people in the United States make to help the victims of war. You are very interested in the life of Ukrainians. We receive concrete help, supplies and funds as well as valuable suggestions to better manage the crisis.

The US government is really helping us in different ways and making concrete suggestions. But I believe that other countries could also do much more.

I pray that the war will end soon and those of us who have the Ukrainian people in our hearts hope that we will be ready to help them rebuild their country once the war is over. They will need our support, psychologically, materially, but also spiritually. We all need a Christian message of hope.