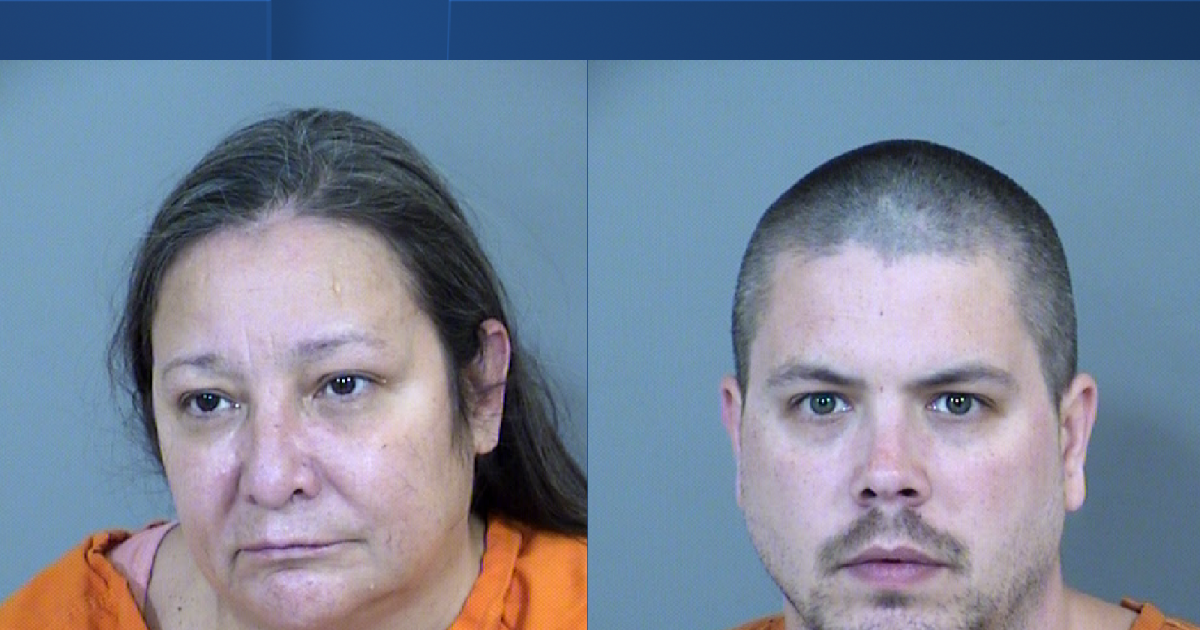 SCOTTSDALE, AZ — Police documents detail alleged ongoing abuse of a child who died after an incident at a Scottsdale extended-stay hotel over the weekend.

Stephanie Marie Davis, 51, and her husband, Thomas James Desharnais, 33, were both arrested after police found an injured 11-year-old at a Scottsdale hotel on Sunday night.

The child was taken to hospital where he died, police said.

First responders say they removed “half a liter of water” from the child’s body during rescue efforts, and numerous other injuries were noted.

According to the police, the wounds were in various stages of healing.

Davis reportedly changed her story twice when she described being outside the bathroom and then finding the child unresponsive.

According to police, a report of child abuse was registered in 2017 involving the victim when a member of staff at a school reported an injury. Davis told officials she homeschooled the victim and her brother, who was also on extended stay at the time of the incident.

The family would have lived at the hotel for several years. Police said the family was known to beg in the area.

Davis had sole custody of the victim and his half-brother. The victim’s mother is a suspect in a homicide involving Davis’ son, and the victim’s father is in an out-of-state prison for child molestation.

Police said that recently Davis had become more physically and verbally abusive towards the two children. Desharnais told police he believed Davis was acting in retaliation against the children because their mother was “involved in (her) son’s death.”

Desharnais reportedly told police that the victim would go with little or no food for days and that he would give food to the child.

Desharnais told police he did not report the abuse and “should have intervened”.

He also reported that the day before the child died, he returned to the hotel room and heard Davis assaulting the victim in the bathroom.

Davis told police in an interview that she hadn’t “touched a hair of those boys” and that the child was harming herself.

Police said they found traces of blood throughout the hotel room, a shock collar with no pet and a key with blood residue.

The victim’s half-brother has been taken into custody by the Department of Children’s Services, Scottsdale police said.