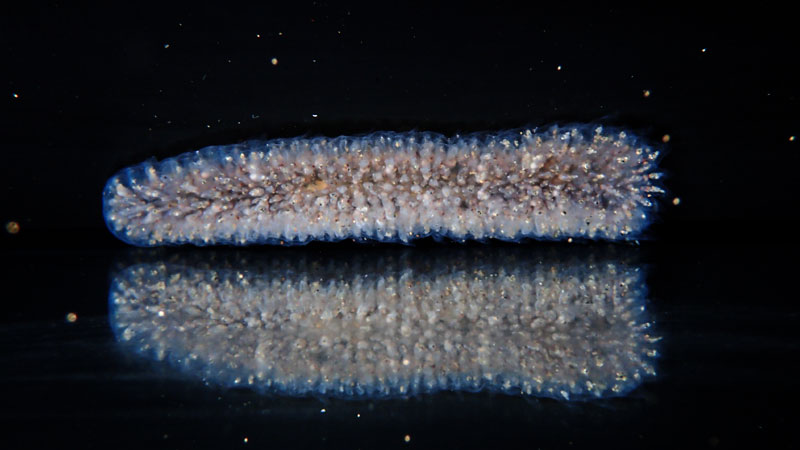 (Pacific City, Oregon) – This rather robust flood of pyrosomes along the Oregon coast may have been short-lived, as there don’t seem to be any new strandings of these funky little tubular creatures. Yet it’s still a puzzle to scientists why they appeared here in the first place. (Photo above courtesy of Tiffany Boothe of Seaside Aquarium)

Pyrosomes, also sometimes called sea pickles, are actually colonies of even smaller creatures all clumping together to form a larger organism. It’s not jellyfish – it’s technically a tunicate, which describes a wide range of small ocean animals that look like jellyfish in some ways, but have nothing to do with jellyfish.

Earlier in January, hordes of them were found along the Oregon coast, with major reports coming from the Florence area in particular, but sporadically dramatic sightings in places like Coos Bay, Gold Beach, Pacific City and Manzanita as well. Some areas had scattered them in small groups, with about a hundred in sight from any spot on the sand, while Oregon Coast Beach Connection received dispatches from other areas indicating thousands.

It is widely agreed that the storm action earlier this month brought them ashore, and with all the current calm conditions that is likely to end. But what brought them here in the first place from their normally warm California water habitats?

The same question hit researchers from 2016 to 2018 when they appeared in unprecedented numbers.

Among those still pondering an answer is Jennifer Fisher of the Hatfield Marine Science Center, who is a research biologist at NOAA Fisheries.

“I’m afraid to say their appearance is still a bit of a mystery,” Fisher said. “They stayed off northern California throughout 2021, so I think their appearance off Oregon is likely due to strong winter storms carrying them north. They also washed up on Oregon beaches during the winter of 2020-2021.

Fisher thought it was entirely possible that we might not see much more of these purple oddballs on the Oregon Coast this year, if at all. Maybe that was it for 2022.

A NOAA report shows there were significant numbers of pyrosomes caught in nets off Newport in early 2021, but none later in the summer or fall.

In 2017, Fisher and another NOAA researcher, Rick Brodeur, emerged as being at the forefront of knowledge about pyrosomes and their flooding here and on the Washington Coast.

Brodeur spoke to Oregon Coast Beach Connection at the time, and they had some sort of working theory as to why the pyrosomes were coming from California in such large numbers. It was tied to a steadily warming ocean off the coasts of Oregon and Washington, but not to a direct line, making it an intriguing lesson in the intricacies of ocean ecosystems.

It seems that pyrosomes really prefer warmer oceans, and they don’t like the larger sizes of phytoplankton found in the colder waters off the Oregon Coast and Washington Coast.

However, the temperatures here have gotten just warm enough to alter that food source for them a bit due to things like El Nino and the “blob” (an area of ​​warmer water to the northwest that sometimes develops). Our ocean seems to be receiving finer food particles, exactly the kind of tasty morsels that pyrosomes love.

When you get bigger chunks of food, it’s called “productive waters.”

“It’s probably not the weather that drives them here,” Brodeur told Oregon Coast Beach Connection in 2017. “They don’t like productive water. They like bluer seawater, with fine particles food. They don’t like the plankton we have here, especially the phytoplankton. Those cells are too big for them. They don’t really do as well, but they do better further out in the ocean with the finer particles. .

Courtesy Seaside Aquarium above and below

Learn more about hotels, accommodation on the Oregon Coast…..

Back to the Oregon Coast