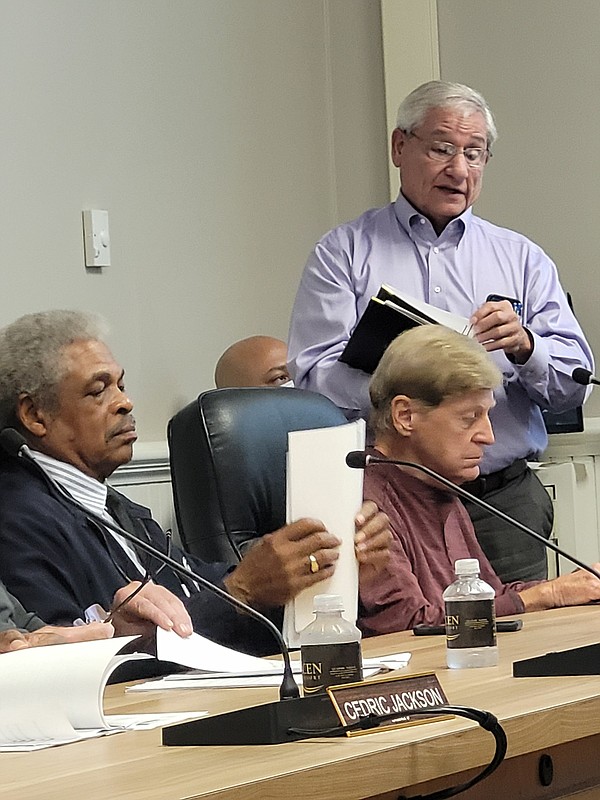 The justices of the peace approved the appropriations at a special convened meeting held Monday evening.

Among them was an appropriation of $22,955, which passed unanimously and will come from the county’s general fund, to fund the sheriff’s office for the remainder of this year.

This includes training, education, meals, accommodation and other costs.

After the meeting, Sheriff Lafayette Woods Jr. said the need for additional money was due to an influx of costs associated with operations, supplies, food and other expenses.

He attributed this to the continued rise in gas and food prices.

Woods added that the sheriff’s office is unique in that the facility does not shut down like some operations.

UAPB inaugurated the new facility earlier this year and is completing the project in phases.

“I was proud to be able to do this,” Jefferson County Judge Gerald Robinson said after the meeting.

He also shared that the UAPB has a memorandum of understanding with the county allowing the facilities not only to be used for athletes, but also to be available for emergency response in the event of a pandemic, natural disaster or other emergency.

The UAPB will also develop policies allowing the general public to use the facilities during reasonable hours for health and recreation purposes.

Finally, the judges approved the allocation of funds to the County Roads Department. The towns of Altheimer, Humphrey and Redfield will each receive $700,000 for water and sewer projects.

Community Foundation announces over $186,000 in grants – The Morning Sun