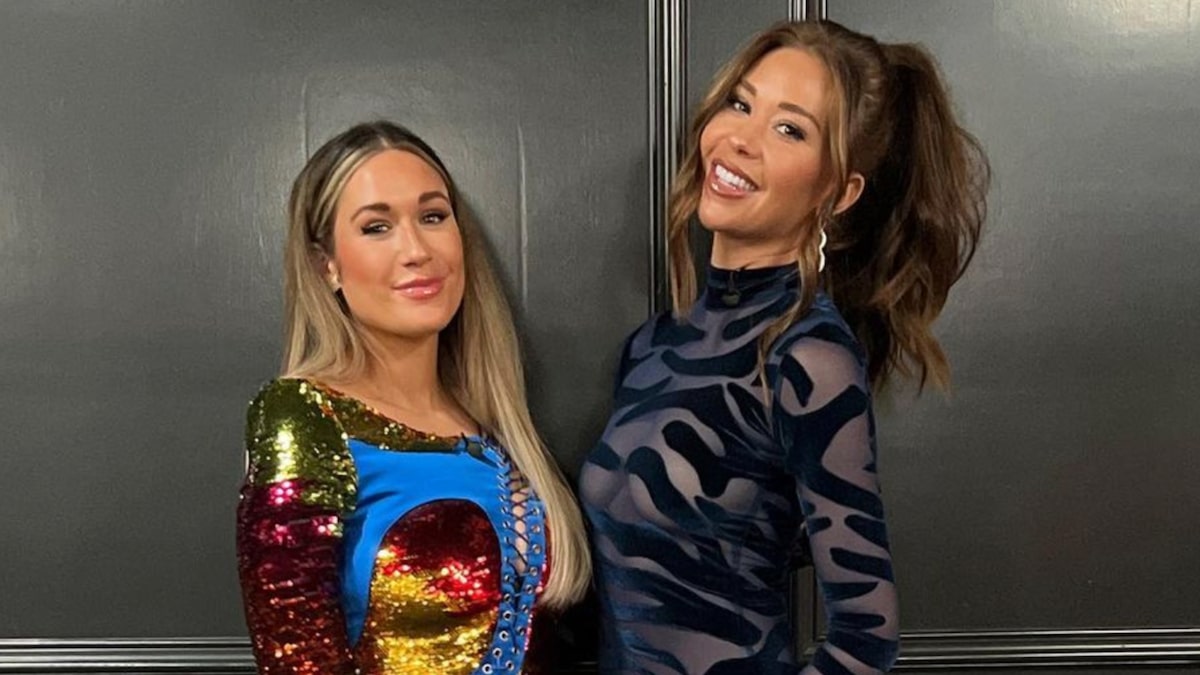 The Bachelorettes are reopening!

After their highly anticipated first episode, Gabby Windey and Rachel Recchia discuss their season of “The Bachelorette.”

The two stopped at once on “Jimmy Kimmel Live!” and “Daily Pop” from E! to discuss their season so far.

Rachel explained how different it was to be on the side of the leaders rather than fighting for the bachelor’s heart.

She said, “It’s so different when you’re on the other side. You’re dating the same guy and you have no idea what’s going on. But as a leader, it’s difficult in a different way. You juggle these relationships and have to make very difficult decisions. They’re both pretty tough, but I’d say it’s a little easier on that side as Bachelorettes. We definitely had a little more control.

And Gabby agreed, adding, “Coming out of ‘The Bachelor,’ we both grew and felt empowered, so we’re grateful to have our own journey now.”

The two also discussed the question on everyone’s mind: what if they fall in love with the same guy?

Rachel said, “Everyone wonders what will happen if we fall in love with the same guy, but we came into this as good friends. We always put our friendship above any guy, of course it will come first. We really talked to each other throughout the process, and naturally we’d think some of the same guys were attractive, but we definitely have different tastes.

Gabby also chimed in, saying: “It was honestly easy having Rachel by my side. We have such a good friendship and we don’t hide anything from each other. On the contrary, it wasn’t about competition at all, but rather Support.

And the two also shared what it was like to look back on the show, with Gabby saying: “It feels like we were just there yesterday looking back at everything. It takes you right back into that energy and into the headspace you were in.

Rachel agreed, adding, “It’s really hard to look back sometimes. Every time you relive it, it really brings you back to that moment.

She also said, “We probably cried more than any bachelorette. I would bet!

The two also discussed fantasy sequels, and Rachel noted that it was actually a really big time to get to know your men.

She said, “I feel like what a lot of people don’t know is that it’s your only time off camera to talk to the other person. It’s the first time you’ve really had a conversation that’s not on camera. It’s so important, however you choose to use it.

Check out both of their full interviews, and be sure to tune in to “The Bachelorette” on Mondays at 8 p.m. ET or stream on Hulu!