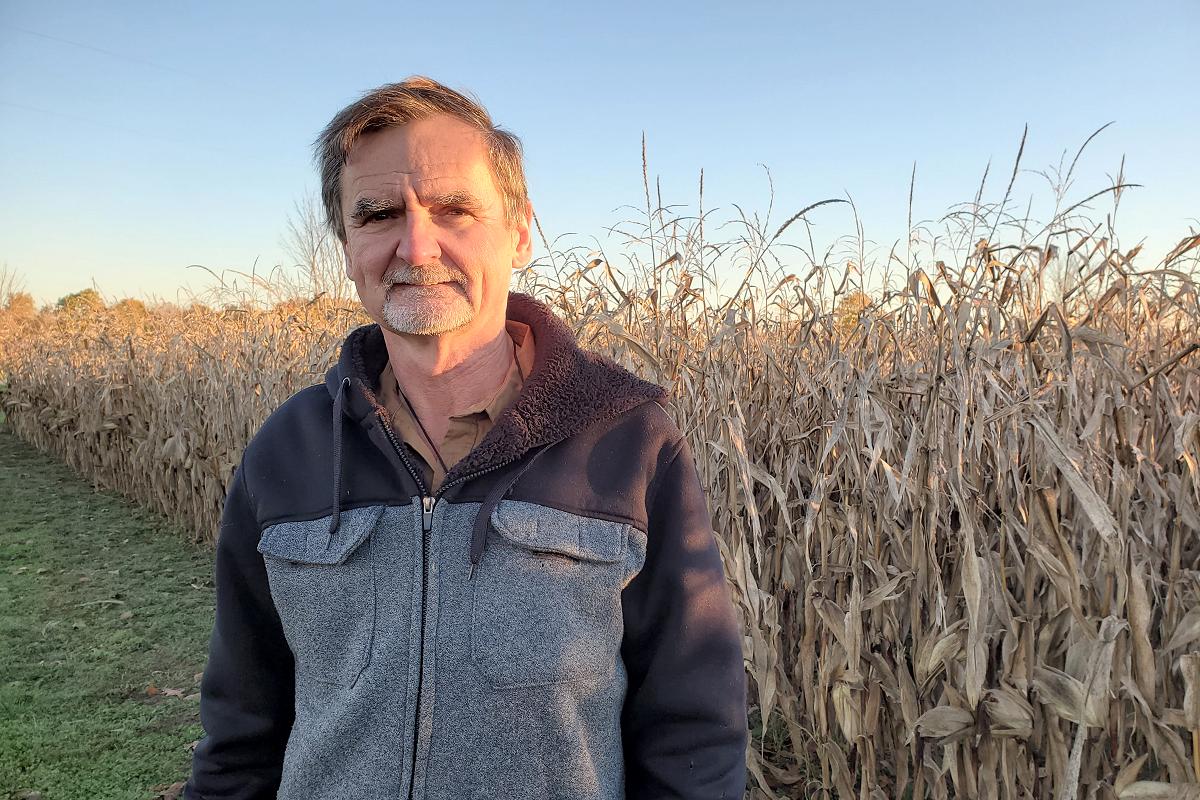 When Richard Tukendorf, a 62-year-old farmer, woke up in the middle of the night, doubled over in severe pain, he knew something was wrong. Then, after going to the bathroom, he was very scared.

â€œThere was blood in my urine, most of it,â€ he recalls. â€œSomething bad was happening. I needed to go to the hospital right away.

In the emergency department of his local hospital, Richard had a CT scan. His doctors told him they were concerned about something they saw on the CT scan.

â€œThey thought it might be a tumor,â€ he says. â€œThey immediately sent me to see a specialist at the Peterborough Regional Health Center.

The urologist who was waiting for Richard at the CHRP told him that he didn’t think it was cancer, but that he wanted to take a closer look to find out what was going on. A telescope revealed that a ruptured blood vessel in Richard’s kidney was the source of his pain and bleeding.

While Richard was very relieved that it wasn’t cancer, he now had a new fear. Would he need major surgery to fix the problem? Could the doctors save his kidney? How could he run his farm if he was recovering from surgery?

Twenty years ago, Richard’s fear would have come true. The surgeons should have removed part, if not all, of Richard’s kidney. He was reportedly in the hospital for days and lying for weeks at home, unable to work.

So when Richard found out he was a candidate for an innovative form of treatment called interventional radiology thanks to advancements in technology, he was relieved a second time.

As PRHC expert Dr Fady Abdelsayed explained to Richard, interventional radiology is a minimally invasive alternative to conventional surgery that uses real-time imaging to direct needles, guidewires and catheters through tiny incisions in the skin or through blood vessels to perform a procedure.

â€œDr. Abdelsayed used a high-tech x-ray to direct a small needle through my blood vessels to my kidney,â€ says Richard. â€œHe then used a little glue to seal the ruptured blood vessel to stop the bleeding. . “

Although Richard underwent local anesthesia where the small incision was made, he remained awake during the entire procedure, which lasted about an hour.

â€œThat’s all there was to do – not even a point,â€ he said. â€œThe pain was gone instantly, like someone flipped a switch. It was like a miracle. I’ve seen medical wonders in movies, but I never imagined experiencing one.

And because interventional radiology is a minimally invasive procedure, not even requiring stitches, Richard recovered quickly.

â€œI was released from the hospital the next day to go home,â€ he says. â€œI was able to resume my life and my work as a farmer. It was a huge relief. If I had needed major surgery, I would have been parked for weeks, unable to do what needs to be done on my farm.

Interventional radiology is the future of healthcare, says Dr Abdelsayed.

â€œIt helps us innovate and push the boundaries of what we can do for patients,â€ says Dr Abdelsayed. â€œThis often allows us to quickly relieve a patient of pain or help them get a diagnosis sooner. Because it is minimally invasive, patients have less pain, shorter hospital stays, and face less risk than with traditional surgery.

â€œThe number of different things we can do is remarkable,â€ he notes. â€œWe can diagnose and treat cancer. We can collect fluid and drain blocked kidneys. We can shrink painful tumors, remove blood clots, and treat infections. “

“Dr. Abdelsayed and his colleagues perform 6,000 procedures each year, making PRHC one of the busiest interventional radiology centers in the province outside of downtown Toronto,” said Lesley Heighway, President and Chief Executive Officer of the PRHC Foundation.

â€œOur facilities are constantly in use and the need is only growing,â€ she says. â€œBecause the government does not fund equipment, our hospital relies on your donations. Your support will help PRHC healthcare professionals provide patients like Richard with the best care – close to home – with less risk, less pain, and a shorter hospital stay.

â€œThe CHRP really needs your help to expand and modernize their suites to accommodate the staff and all the state-of-the-art equipment they use to treat patients,â€ adds Richard. â€œYou will help Dr Abdelsayed and his team bring this world-class care to more people like me for years to come. “

For more information or to support this much needed investment in the future of healthcare at our regional hospital, visit the PRHC Foundation website at prhcfoundation.ca or call 705-876-5000.

This story was created in partnership with the Peterborough Regional Health Center Foundation.