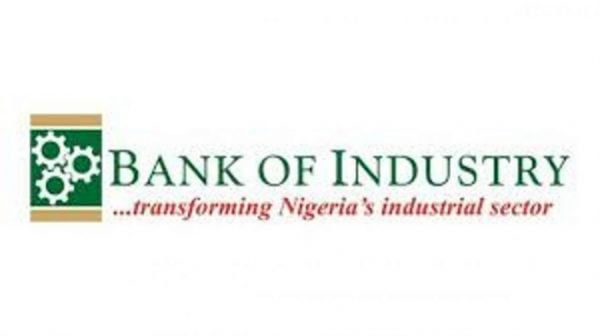 Members of the Senate Industry Committee clashed Wednesday with Bank of Industry chief executive Olukayode Pitan over loan recipients across the country.

The director general of BOI had appeared before the industry committee for an interaction on the 2021 budget.

However, the problems started when Pitan said the bank did not know the recipients of the loan, but the destination of the loan.

He said the loans are secured by bank guarantees provided by commercial banks on behalf of the beneficiaries.

“The loans are given to commercial banks which provide collateral, which then pass the money on to the beneficiaries,” he added.

Angered by the CEO’s submission, the trio of Senators Adamu Bulkachuwa, Christopher Ekpenyong and Danjuma La’ah said they were unaware of Bank of Industry activities in their senatorial districts.

According to Danjuma: “I don’t know what is going on with the activities of the Bank of Industry in my Senate district. “

In addition, Senator Ekpenyong lamented in reaction that most of his members of the Senate district cannot access loans from the Bank of Industry, adding that the Union Bank and United Bank of Africa do not give bank guarantees to his people.

In addition, Senator Bulkachuwa said, “The Director General, you made comments when trying to answer my questions about the distribution of loan recipients.

“In fact, you said you weren’t in a position to know exactly where these loans are going, in terms of the geopolitical areas of the country.

“Does this mean that the Bank of Industry does not know where the loans are going and the real beneficiaries are located in the country?

“We are interested in knowing where these loans are going.

“You, the donor of the loan, should be more interested in the loan and know where every kobo you give goes and what part of the country is benefiting from it.

“You should be able to find out.

“You shouldn’t let the commercial banks do it alone.

“Our interest is how the Bank of Industry fulfills its mission of ensuring that industries are distributed across the country.

Pitan said, however, “The senator misunderstood me.

“The BOI knows where our money is.

“We know where each kobo is going.

“In fact, he was answering a question about whether we are the one who determines the beneficiaries.

“Commercial banks are the ones that give guarantees because they are the ones who would finalize the process.

“They determine where the loans go, but there is no loan coming out of the Bank of Industry that we do not analyze ourselves.

“It is a requirement each month for the Bank of Industry to provide the document.

“We know exactly where our money is.

The commission, chaired by Senator Tokunbo Abiru, expressed its dissatisfaction with the meager endowment allocated to micro, small and medium-sized enterprises, which were described as the real engines of the economy in the 2021 budget.
The Bank of Industry’s budget in 2021 released 165 billion naira for large enterprises in the country, while micro, small and medium enterprises benefited from 40 billion naira in September 2021.

The CEO of BOI, while defending the meager allocation to micro, small and medium enterprises, said that most people at this level are not ready to repay the loan, believing that the money is the money of the government and they don’t have to pay it back.

The Committee wondered how much could go to large companies in the country as micro, small and medium enterprises got a meager allocation in the 2020 budget, adding that the development is sad.