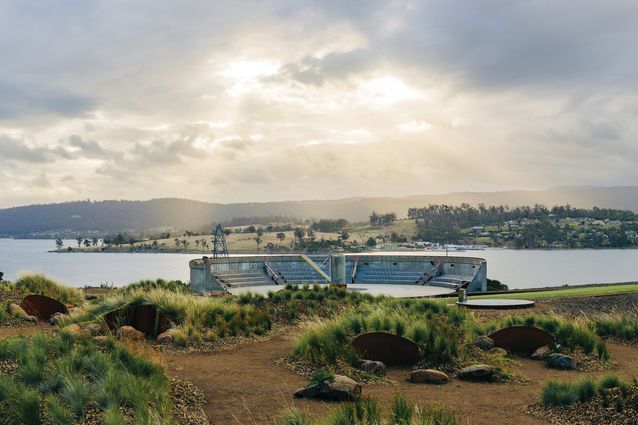 Contemporary Tasmania its reputation as an environmental paradise contrasts sharply with its colonial and more recent past. European colonization reshaped the physical and cultural landscape, and the key industries of agriculture, mining and forestry, as well as the construction of dams on rivers for the hydroelectric project, had a considerable impact. Beginning in the 1970s, tension between industry and environmental agendas grew, leading to the landmark court decision that blocked the Franklin River dam to expand the hydroelectric system.

Despite the emergence of an environmental movement, the logging industry continued to grow and increasingly wood was processed into chips and pulp rather than sawn timber. Typically, only one in ten logs from old-growth forests were processed into hardwoods for the domestic market, with the remaining “waste wood” being processed into woodchips for export. Government subsidies supported the industry which was destroying the natural environment, but ultimately the decline of the international woodchip market reduced the economic viability of the mills and had a wider impact on the forest industry. .

When the Triabunna plant was put up for sale in 2011, environmentalists and businessmen Graeme Wood and Jan Cameron joined forces to buy the east coast property, seizing the opportunity to shut down the chip industry timber in Tasmania. (Triabunna was the largest woodchip plant in the Southern Hemisphere and an integral part of the logging industry supply chain in the state.) The plant’s infrastructure was secretly decommissioned to thwart any attempt by the government to compulsorily acquire the site to resume logging and chipping. 1 Amid an ongoing political debate, the new owners had to figure out what to do with their $10 million investment, known as the Spring Bay Mill. Initial ideas involved extensive transformation and substantial investment to create large-scale greenhouses, performance space, culinary school, luxury hotel, restaurant or marina. In the meantime, a series of events have occurred that allowed the temporary activation of the site and explored ways to engage with its history and extraordinary setting.

From the initial grand plans, the masterplan evolved into a process of rehabilitation and reorganization of the site and buildings by bringing together new and old spaces through subtle small-scale interventions. Anna Gilby and Ross Brewin of Gilby and Brewin Architecture worked with horticulturist Marcus Ragus and a team of designers – including Clare Ferri (interiors), Michelle Boyde (events) and Laura McCusker (furniture) – to shape the vision and design spaces. Ragus brought an inspired perspective, finding innovative ways to address the complexities of site remediation by establishing a phased implementation of a new landscape of endemic plants, including rare and endangered species. Graeme Wood, his partner Anna Cerneaz and the Spring Bay Mill management team played a central role in the dynamic dialogue of problem-solving and creative, opportunistic invention, based on a strategy of “leaving the old stuff and build new stuff. Parts of the site have been remediated, but otherwise the tarmac and buildings have been left in place until a new idea for space emerges. Elements were superimposed on the existing infrastructure, and a new future for the site was woven into the historic spaces in diverse and interesting ways.

The first indication of this approach greets the visitor upon arrival. The route to the site follows the original road, crossing the old weighbridge and providing a view of the huge parking area which would have been full of log trucks during the factory’s heyday. Beyond the weighbridge, the road makes a sharp turn, reorienting the visitor from the past to the future as they move through the new native garden. The old administrative office is the reception point, but after 40 years of neglect, the original building needed major work. The steel structure was recycled and wrapped in insulation, a maze of interior walls was removed, thermal break windows replaced deteriorated timber assemblies, and new rough-sawn sheathing was added. A new palette of materials and spatial character throughout the range of new intimate and community gathering spaces establish an air of 1970s glamor that continues throughout the site.

Beyond the Banksia Room – a multi-purpose space with commercial kitchen – a wooden path leads to the Tin Shed, a 250-seat performance space accessed by a new entrance ramp shaped like a treadmill. Practical tweaks included waterproofing the interior and adding insulated wood flooring, lighting, and folding doors to open up the space when the weather permits. A grafted toilet block draws on the industrial architectural language of the original buildings. Below, a new landscape nestles sheltered from the wind, covered in a sawtooth-roofed canopy that claims to have always been there.

On the promontory, the subtle movements become more extensive. For decades, this site was occupied by a rotating crane that spun back and forth, spitting piles of woodchips 40 to 50 meters high over an area the size of four football fields. More than 200,000 liters of water a day were used to pulverize the shavings, which were conveyed on a series of conveyors and transported to ships waiting at the quays below. The imposing crane has been removed, making way for a 600-seat amphitheater that fits into the huge semi-circular plinth, which protects against strong northwest winds.

To the east, the Ridge Quarters offers accommodation for 28 people in a series of dormitories, with communal facilities at one end and a self-contained two-bedroom suite at the other. It occupies one of the most damaged parts of the site, and Gilby and Brewin Architecture see it as “the culmination of everything that has been done or thought of on the site”. Partially prefabricated and built in such a way that it can be unbolted and moved, the exterior form contrasts with the tactility and warmth of the interior. From a distance, it appears like a rectilinear, linear dormitory that could have been there for 40 years. As you step onto the deck from the entrance ramp, the subtle curve drawn by the radius of the slewing crane is revealed. Curved speckled gumwood decking emphasizes geometry and signals the change as visitors cross the threshold from the rugged exterior to the finely honed interiors. The small rooms are designed to encourage guests to congregate in the common areas nestled on the edge of the remaining shiny gum plantation forest beyond.

The architectural language of the expressed porticos is based on a recurring tectonic, bringing together the research and tests that took place in the previous stages. The structure is designed to accommodate solar panels, with space under the building for battery storage. Chain-of-custody certified timber is used for the exterior, while the interiors are clad in rough-sawn Tasmanian eucalyptus (“Tasmanian oak”) finished with vegetable oil. Rubber flooring is made from recycled car tires. Water is drawn from site-wide collection.

The construction phase is almost complete, but the landscape is an ongoing project. A “sunrise garden” east of the Ridge neighborhoods blooms seasonally in colorful bands, the edges of the garden creeping over the gravel service road. The radial planting of trees will shield the building and reinforce the geometry of the site. Buildings and landscape mediate a complex range of levels and create various microclimates that are variously occupied, depending on the weather. To the northeast of the site, new amenities have been added to service a grove of glamping tents. Outdoor showers overlook the nearby paddock and an open shed houses a camp kitchen, with sandstone paving forming a gathering circle that formalizes the space. A biodiverse organic vegetable garden overlooking Spring Bay will provide additional internal and external event spaces.

Spring Bay Mill will continue to grow as a hub for designers and innovators, building relationships with companies and business groups that “see the future can be different” and providing a place for facilitators of social change in the social, commercial and political senses. A program of annual events will attract visitors on a recurring basis, and the staged approach will allow them to witness and participate in the ongoing transformation of the site. The project is an example of regeneration, not only stopping a destructive industry in its tracks, but truly repairing and restoring the environment.

— Helen Norrie is an architecture and design scholar at the University of Tasmania and is the founder of the Regional Urban Studies Laboratory (RUSL), a collaborative urban design research project that engages directly with local councils and communities to examine urban space, time and social issues in small towns and cities.

You can choose from thousands of designs that match your home and aesthetic — Hometown Station | KHTS FM 98.1 & AM 1220 — Santa Clarita Radio

PM Mudra Yojana: How to Apply for a Loan Online, Interest Rates, Criteria and More