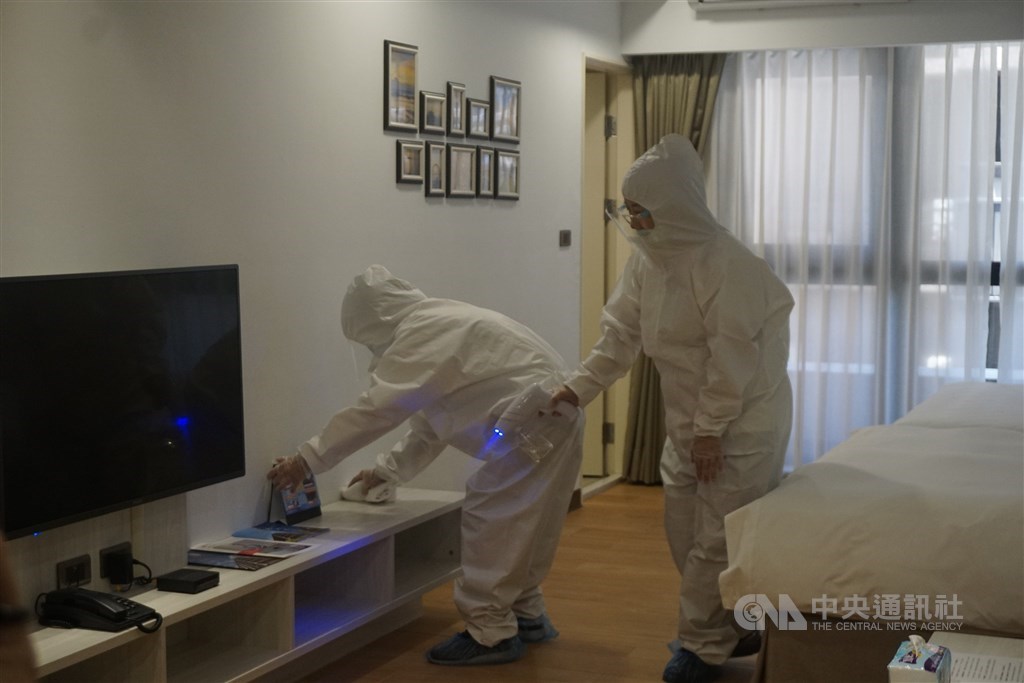 Taipei, July 18 (CNA) The COVID-19 outbreak that has plagued Taiwan over the past two months and the restrictions imposed to curb its spread have taken a heavy toll on hotels and restaurants, with operators calling for a bailout of the government.

About 60 percent of hotels in Taiwan have voluntarily gone out of business and most of the rest have been converted to quarantine hotels, Cheng said.

Hotels designated as quarantine hotels may accept travelers who have entered Taiwan from overseas and must complete 14-day quarantines and others who must self-isolate, providing at least lean season income, especially after the tightening of restrictions in mid-May.

Taiwan imposed a nationwide Level 3 COVID-19 alert on May 19 after similar restrictions were put in place in Taipei and New Taipei days earlier to curb a sudden spike in the number of cases that has started on May 15th.

The restrictions have limited the movement of people and the activity of consumers. Gatherings of more than four people indoors and nine people outdoors have been banned, entertainment and cultural venues have been closed, and in-person meals have not been allowed.

Even before that, however, residents of Taiwan remained cautious about domestic travel, and the country’s borders remained virtually closed to inbound tourists, making it difficult for hotels to survive.

The Tourism Board offered employers in the travel industry a one-time grant of NT $ 40,000 (US $ 1,445) for each of their employees to subsidize their wages between April and July, but Cheng said that more was needed for the remainder of 2021 as the market is not getting any better.

According to data released by the Ministry of Labor, the number of workers in the accommodation and food / beverage sectors on unpaid leave has skyrocketed in the past two weeks to reach 14,814 on Friday, which suggests that the situation of employers has worsened.

Even then, however, the numbers can seriously underestimate the extent of the challenges these industries face today and possibly in the future.

The grant from the Tourism Board, which stipulated that employers who received it could not put employees on unpaid leave, benefited about 98,000 people, the office said when issuing the payments, indicating the extent of the need for assistance.

Cheng also noted that much of the official data does not capture the enormous hotel supply chain in its entirety and the hundreds of thousands of people it employs.

A restaurant worker by the name of Lai (è³´) also shared her frustrations with CNA, adding that she had only been able to work weekends for the past two months.

The 67-year-old said that the fact that this was a job found after her retirement and that she was not a member of any related union made it very difficult to get help.

â€œThere is no way for people like us who are at the bottom of society, and the agencies I called in are just passing the buck,â€ she said.

The industry can only hope the alert is lifted to make ends meet, Lai said.

As soon as the number of cases increased in mid-May, it was already clear that the hotel and restaurant industry would be in trouble.

Figures released in late May by 104 Corporation, an online workforce agency, showed a drop in job vacancies posted by different industries on the agency’s website as Level 3 alerts went down. been announced.

Level 3 restrictions were partially relaxed on July 13, with some cinemas, gymnasiums and museums reopening, but the ban on in-person dining has yet to be lifted by most local governments.

As the number of COVID-19 cases declines, hitting a single figure on Saturday, other constraints on human movement and consumer behavior could be eased in the coming weeks.

Cheng said he was confident that once the level 3 alert is lifted, hotels in Yilan, Hualien and Taitung on the east coast of Taiwan will see a significant recovery brought about by pent-up travel demand from domestic travelers.

He was concerned, however, about the hotel industry in urban areas, which account for two-thirds of Taiwan’s 3,400 hotels, as it is not yet clear how comfortable potential guests will be on night tours. in cities even if the number of cases is decreasing.